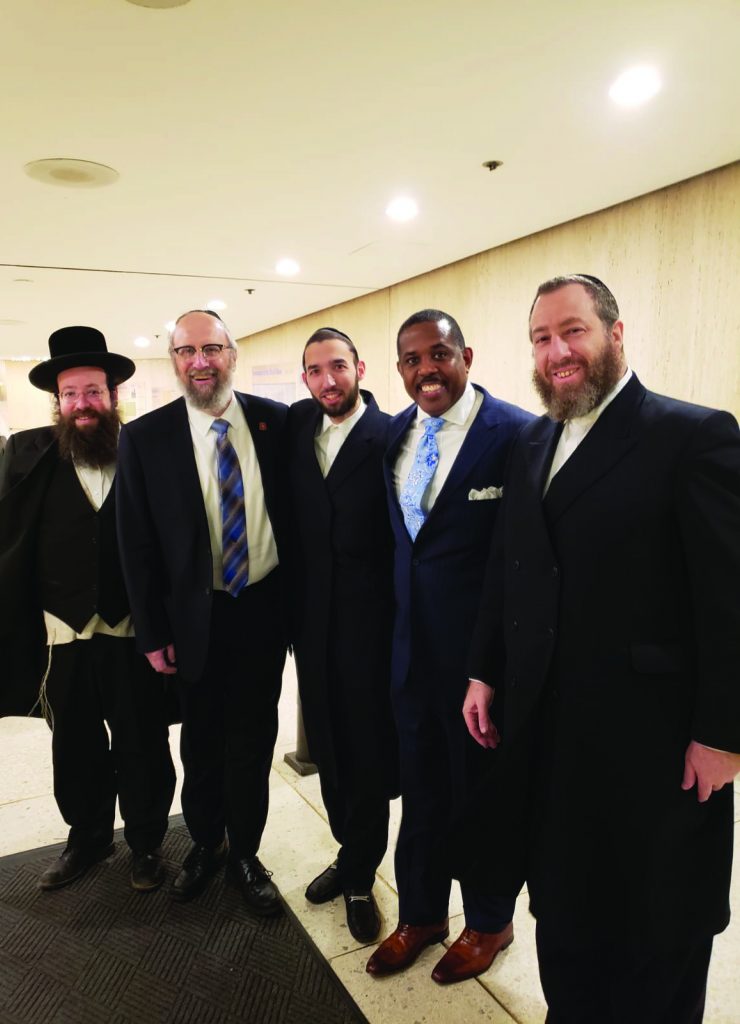 Simcha Eichenstein made history at the Capitol Wednesday afternoon when he was sworn in — with his long chassidic jacket— for his first term as an assemblyman representing Boro Park and parts of Midwood.

The annual legislative session that started today goes until June 19. Eichenstein is part of the Democratic caucus, which continued their lock on power in last year’s elections which gave them 107 out of 150 seats.

Eichenstein replaced the retiring Dov Hikind, who left after 36 years in the Assembly. As opposed to his predecessor, Eichenstein chose to pursue committee memberships. He was chosen this week to serve as a member of the Cities and Taxation panels, as well as Aging and several others.