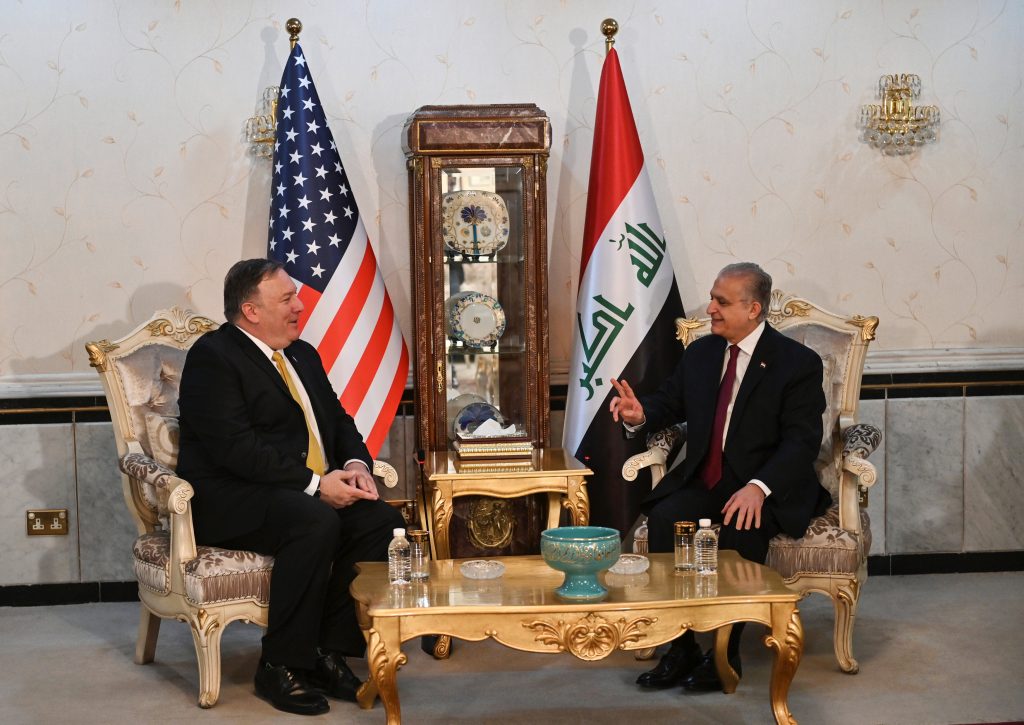 Pompeo is on a tour of Middle Eastern capitals. Asked on Tuesday about a possible visit, Iraqi Prime Minister Adel Abdul Mahdi declined to confirm it.

However, he said any meeting with Pompeo would involve a discussion of how to deepen Iraq’s relationship with the U.S.-led coalition fighting the Islamic State terror group.

“He’s an ally, he represents a friendly country,” said Abdul Mahdi. “We will raise those issues, and how to deal with regional issues altogether and deepen our economic and educational relations with the United States.”

Pompeo told a news conference in Amman on Tuesday that the fight to defeat Islamic State and Iran remained the most pressing issues in the region.

Pompeo’s visit comes against a backdrop of escalating tensions between Washington and Tehran, as Washington seeks to counter Iran‘s sway in the Middle East.

It also comes weeks after President Donald Trump’s abrupt announcement that he will pull all 2,000 U.S. troops from Syria, which caused alarm among U.S. allies in the region.

Trump has not said, however, that he intends to withdraw American forces from Iraq, where 5,200 American troops are stationed.

Trump made a visit to the Al Asad Air Base outside Baghdad on Dec. 26 in the wake of the announcement.

He met with U.S. troops stationed there but not with Iraqi leaders, leading to condemnation from Iraqi political and militia leaders.

A meeting between Trump and Abdul Mahdi was cancelled due to a disagreement over the venue, and the men instead spoke by telephone.