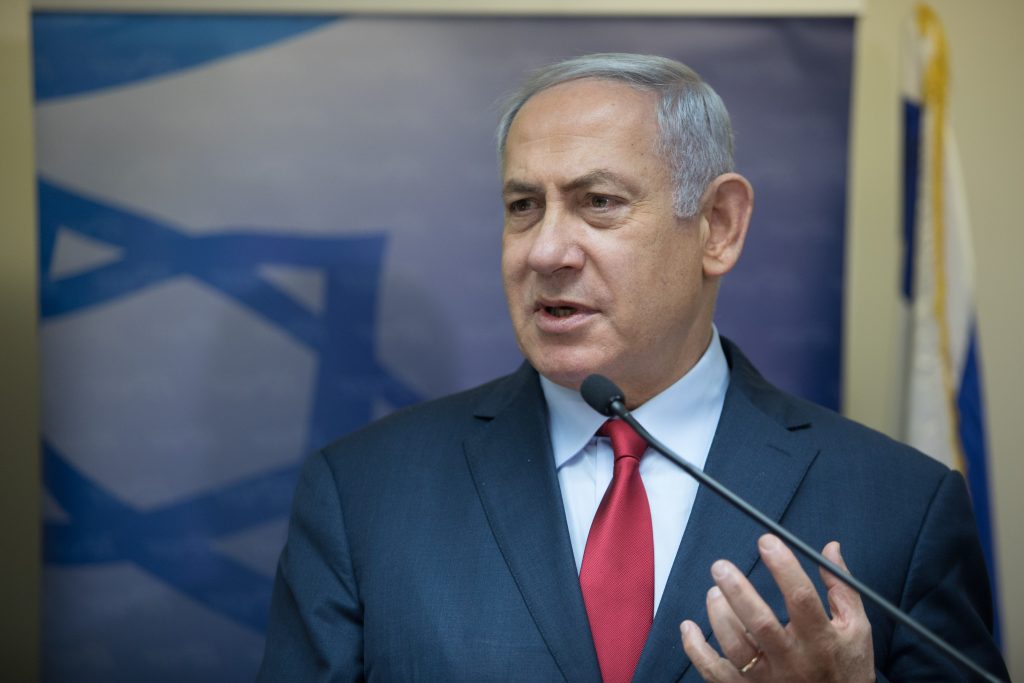 Prime Minister Binyamin Netanyahu pledged on Wednesday that there would be no meddling in Israel’s April election after state censors suppressed a speech by his domestic intelligence chief accusing a foreign power of planning to hack the vote.

Under the gag order described as a security precaution, media in Israel were barred from naming the country that Shin Bet chief Nadav Argaman, addressing a by-invitation audience at Tel Aviv University on Monday, said was trying to interfere.

Israeli newspaper commentators speculated that he had pointed the finger at Russia, which Netanyahu’s own intelligence minister, Yisrael Katz, told local media last month could potentially want to replicate in Israel an alleged online influence campaign and email hacking to help Donald Trump win the U.S. ballot in 2016.

Russia has denied any such interference. PM Netanyahu, asked by reporters about the Argaman flap, offered a general reassurance.

“Israel is braced to foil cyber interference. We are ready for any scenario. There is no country better prepared than us,” he said.

The Shin Bet itself issued a reassurance after the story broke on Tuesday night: “The Shin Bet would like to make clear that the state of Israel and the intelligence community have the tools and capabilities to identify, monitor and thwart foreign influence efforts, should there be any. The Israeli defense apparatus is able to guarantee democratic and free elections are held in Israel.”

The censor’s edict, newspaper commentators said, appeared to be an attempt to avoid further friction with Russia, which has expressed dissatisfaction with Israeli air force operations in Syria in recent months and demanded more advance notice of IDF missions.

In Moscow, Kremlin spokesman Dmitry Peskov said: “Russia has not interfered, does not interfere and doesn’t intend to interfere in any election in any country in the world.”

Argaman did not say for whose benefit the alleged meddling was being done. But Meretz head Tamar Zandberg seemed to know:

“We demand that the security forces make sure Putin doesn’t steal the election for his friend, the dictator Bibi,” she said.

Tehilla Shwartz Altshuler, an expert on technology policy at the non-partisan Israel Democracy Institute, was quoted by The Associated Press as saying that the threat is indeed credible.

“Russia is trying throughout all the Western countries to undermine the public’s trust in liberal democracy,” she said. “There is no doubt they will try to do here what they have done in other countries.”

Shwartz Altshuler said Israel’s major systems appeared safe, but that outside companies working for various parties had the same kind of resources as those allegedly working for Russia to sow havoc in a campaign. She called for tougher laws to be passed against politically-driven cyber activity.

“We are a start-up nation when it comes to technology but we are behind the curve in terms of digital legislation,” she said.

Meanwhile, the Israeli elections committee said on Wednesday that it is working on a plan to prevent any foreign interference. Officials said they have met with a major social media company and put various bodies on alert in response to the Shin Bet warning.

Committee Director-General Orly Ades said that steps are being taken to safeguard the integrity of the election process, but they must remain confidential for security reasons, according to The Jerusalem Post.

Ades also noted that the vast majority of votes in Israel are counted by hand.

“This process is independent, supervised and mostly not computerized, and therefore, there is not a great chance of it being disrupted,” she said. “For those few areas in which there is computerization and cybersecurity efforts are necessary, the committee will be helped by various security bodies and experts.”