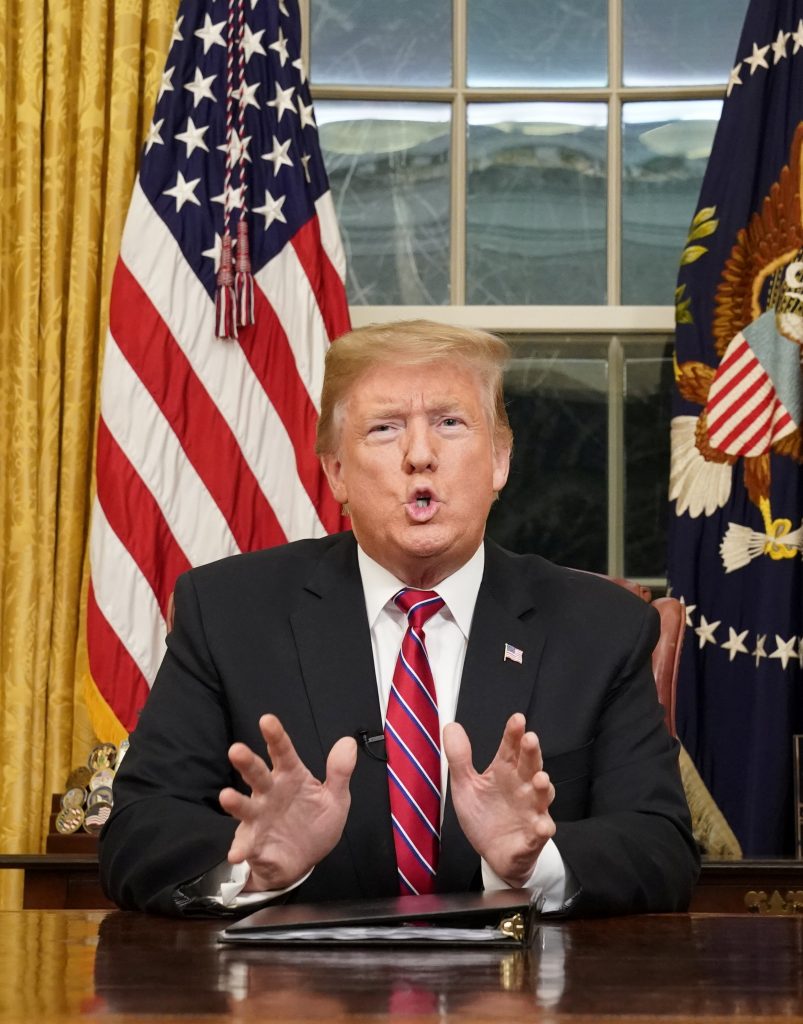 President Donald Trump made a televised plea for border wall funding Tuesday night, seeking an edge in the shutdown battle with congressional Democrats as he declared there is “a humanitarian crisis, a crisis of the heart and a crisis of the soul.”

Addressing the nation from the Oval Office for the first time, Trump argued for funding on security and humanitarian grounds as he sought to put pressure on newly empowered Democrats amid an extended partial government shutdown.

Trump called on Democrats to return to the White House to meet with him, saying it was “immoral” for “politicians to do nothing.”

Trump, who has long railed against illegal immigration at the border, has recently seized on humanitarian concerns to argue there is a broader crisis that can only be solved with a wall along the U.S.-Mexico border. But critics say the security risks are overblown and his administration is at least partly to blame for the humanitarian situation.

Trump has been discussing the idea of declaring a national emergency to allow him to circumvent Congress and move forward with the wall. But he made no mention of such a declaration Tuesday night.

Democrats have vowed to block funding for a wall, which they say would be immoral and ineffective, and have called on Trump to reopen shuttered portions of the government while border negotiations continue.

Pelosi says the president has “chosen fear” in making the case to the American people for the border wall and Democrats “want to start with the facts.”

Pelosi said Tuesday night in a rebuttal to President Donald Trump’s Oval Office address that “we all agree that we need to secure our borders.”

She noted that the House passed legislation to reopen government on the first day of the new Congress. But Trump rejects that legislation because it doesn’t have funding for his border wall.

She says: “The fact is: President Trump must stop holding the American people hostage, must stop manufacturing a crisis, and must reopen the government.”

Schumer says Democrats and Republicans agree on the need to secure borders. But the New York Democrat says the “symbol of America should be the Statue of Liberty, not a 30-foot wall.”

Schumer noted that Trump had promised to have Mexico pay for the wall. But he says having failed, Trump is now “unable to convince Congress or the American people to foot the bill.”