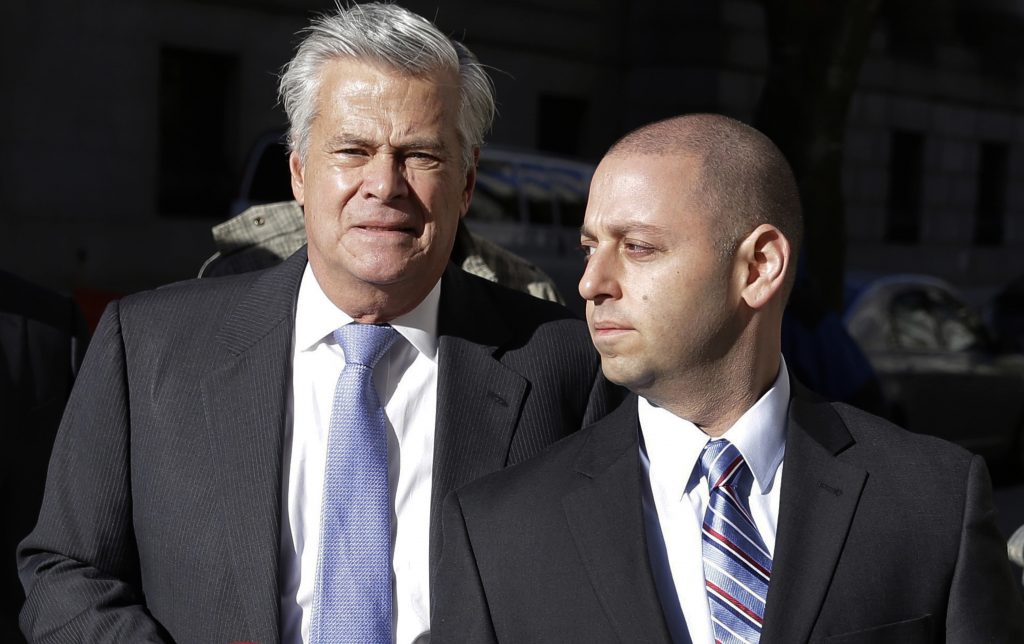 Former New York state Senate leader Dean Skelos is due to report to prison Tuesday to begin serving his four-year and three-month prison term for a corruption conviction.

Skelos, a 70-year-old Republican, is expected to report to the federal prison at Otisville, New York, by mid-afternoon.

The prison has a medium security facility and an adjacent minimum-security satellite camp.

His son, Adam, will report to the federal prison in Danbury, Connecticut, to begin serving his four-year sentence.

Skelos and his son were convicted in July on charges of extortion, wire fraud and bribery.