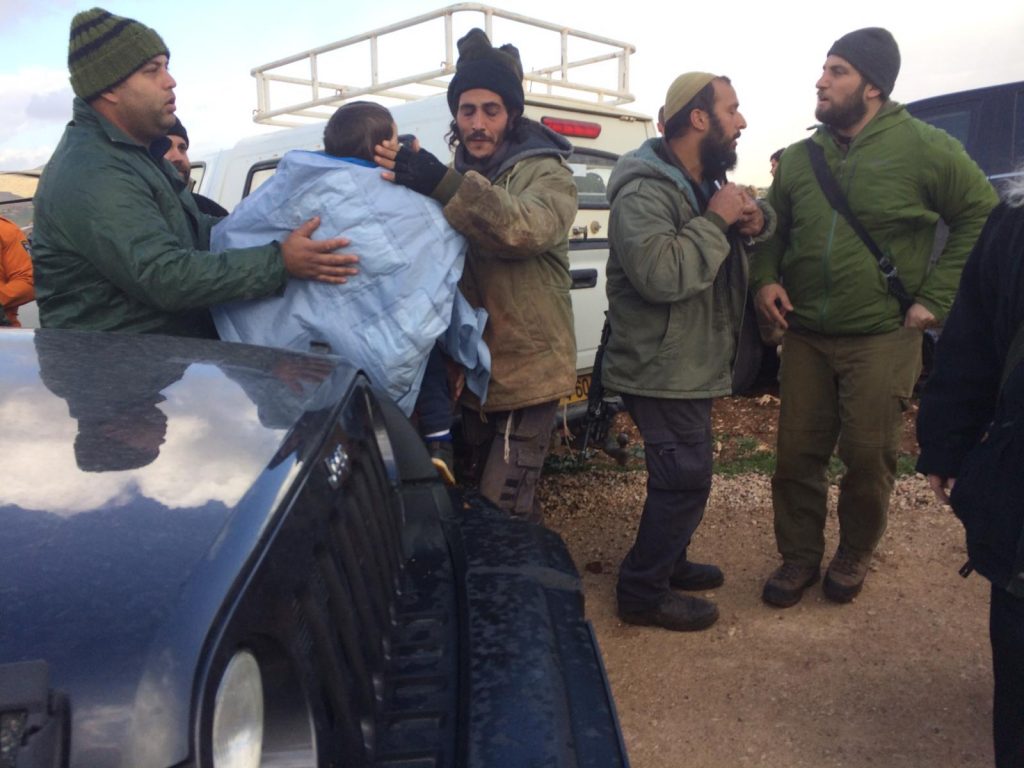 A three-year-old boy who went missing Tuesday afternoon from his family’s farm near Itamar in the Shomron has been recovered safely.

Young Shmuel Yehuda Seri was first reported missing at 1:30 PM after he followed his father Oved when the shepherd took his flock out to graze. Oved did not realize that his son had followed him, and the boy’s mother, Ofra, thought that he was with his father.

A top security official, who requested anonymity as he is not authorized to speak to the media, told Hamodia, “The first thing we did was establish the nature of the area. It was raining, cold … Time was not on our side.”

Pinchas Michaeli, spokesman of Itamar and member of the Shomron Council, elaborated that the area is full of pits, some empty, some full of water.

“[T]here was a very real danger to his life … We knew that every minute was critical,” Michaeli said.

Volunteers thronged to help in the search. Nearly 200 gathered, including members of the Shomron Search and Rescue; police; security forces; Itamar residents; high school students; and students of Itamar’s yeshivah, Chitzim, and of Elon Moreh’s yeshivah, Birkat Yosef. A military command outpost was established onsite. A helicopter of the IDF’s 669 elite search and rescue unit also joined, scanning for Shmuel Yehuda from the air.

“Everyone came out on a dime,” said Rachael Ben Shetah, an Itamar resident.

A video shows dozens of volunteers and the IDF helicopter at the base camp. The unknown volunteer who made the video says in a voice-over, “This is the place where the child was last seen … It will be pretty difficult to work here with the dogs right now, but we will try. We are trying our best.”

The child was spotted by the helicopter around 3:00 PM. He is in good health and has been reunited with his family.

“I want to send out a heartfelt thank-you to all the organizations and the hundreds of dear people who came from all over the land to help,” wrote Ofra Seri, mother of Shmuel Yehuda.

Mrs. Ben Shetah expressed the feelings of the town. “I am so glad this ended happily … Truthfully, in the back of everyone’s mind, we were all wondering if he had been kidnapped. There are several Palestinian towns in the valley below their farm. It was a terrifying thought, and no one voiced it aloud, but neither did we publicize his name until he was found — in case he had been found by the wrong people.”

Michaeli wrote, “Baruch Hashem, we are … overjoyed that the story ended well.

“We were happy to discover, once again, the strength of the community, in which everyone volunteered to assist with the search, from the usual security forces and the rapid response team of Itamar, to the additional volunteers who joined up from Itamar and from our neighbors — Elon Moreh, Yitshar, and Rechelim, in a very emotional and heartwarming manner … [W]e thank them for that.”