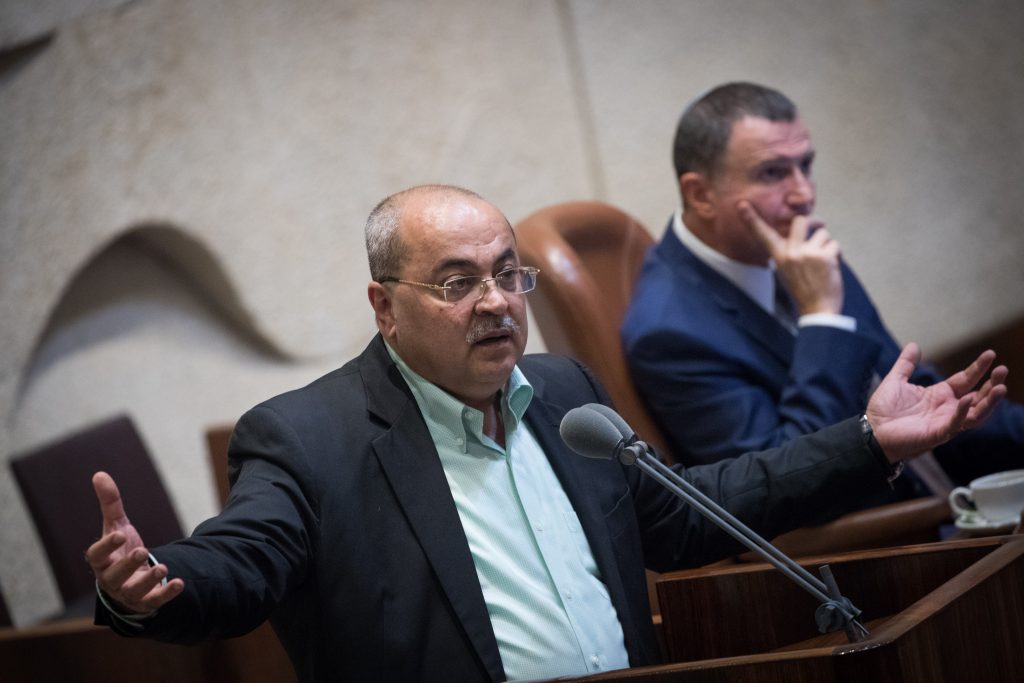 MK Ahmad Tibi announced on Tuesday that his Ta’al (Arab Movement for Change) party is pulling out of the Joint List coalition to run on its own in April.

The decision was the latest in a series of resignations that portend a weakened position for the party which had 13 seats in the outgoing Knesset.

“I request The House Committee’s approval to withdraw Ta’al from the Joint List,” Tibi wrote in a statement.

In recent days, Joint List MK Haneen Zoabi, Balad MK Jamal Zahalka and United Arab List MK Masud Gnaim all said they will not run for Knesset in the upcoming elections. The party’s only Jewish lawmaker, Dov Henin, is also retiring from the Knesset.

The news was welcomed by MK Robert Ilatov, Chairman of the Yisrael Beytenu faction, who said in a statement: “I congratulate MK Ahmad Tibi on his decision to withdraw his party from the Joint List and wish him best of luck. I hope Tibi and his party will run for the parliament in Ramallah rather than the Israeli Knesset; that is where they belong.”

Joint List leader Ayman Odeh expressed chagrin: “Netanyahu is the one who would like to see the Joint List break apart most; the extreme Right would love to divide and rule the Arabs. I am proud to be a part of a political party that puts their ideologies before personal interests.”