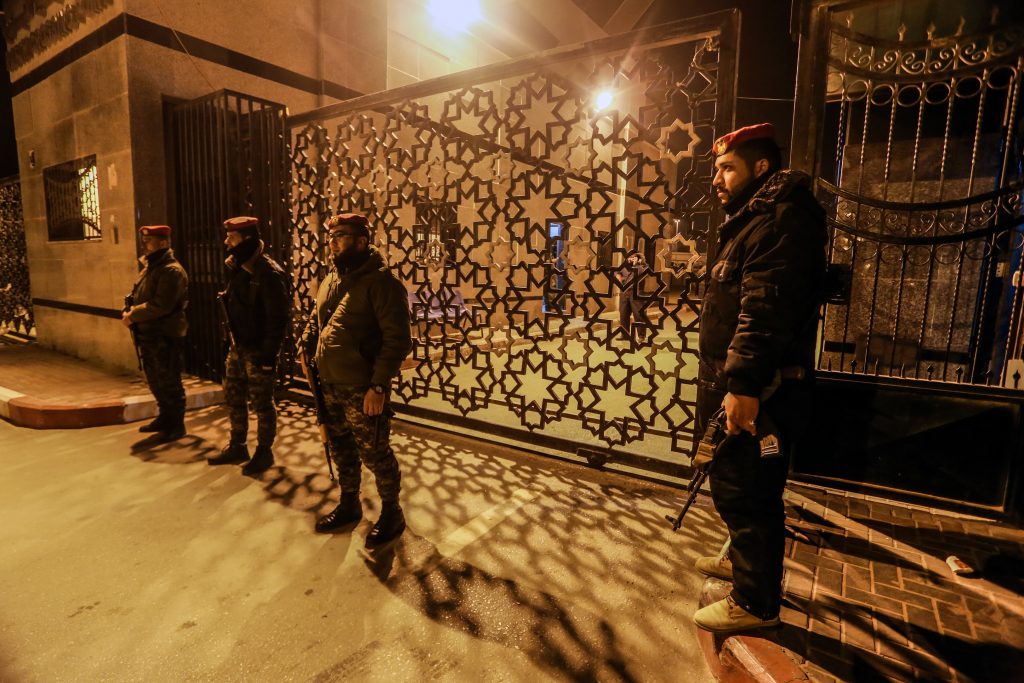 Egypt blocked Palestinians from entering the country from Gaza on Tuesday after Palestinian Authority (PA) personnel pulled out of the Rafah border crossing and Hamas officers took their place.

The dispute over the border stems from a rift between the rival Palestinian groups.

Human rights groups say Rafah has been the sole exit point from Gaza for an estimated 95 percent of its population of 2 million. Citing security concerns, Israel maintains tight restrictions on Palestinian movement at its border crossings.

PA employees were deployed to Gaza’s border crossings with Israel and Egypt in 2017, a move that largely opened up Rafah for two-way traffic after Egyptian mediation led to a Palestinian reconciliation deal, which has since faltered.

On Sunday, the PA announced its pullout from Rafah, accusing Hamas of undermining its operations and detaining some of its workers. Since May, the crossing has been operating daily after sporadic openings for many years.

Upon arriving in Gaza, Hani Abu Sharekh told Reuters he hoped Egypt would soon resume full operation of the facility to allow passengers out of the coastal enclave.

“There is no alternative to Rafah crossing, it is the only window for most of our people to travel and to seek treatment and education,” Abu Sharekh, 48, said after returning from a trip to Cairo where his wife had received medical treatment.

Hamas said Palestinian President Mahmoud Abbas, who heads the PA and has imposed a series of economic sanctions on Gaza to press the group to cede power, was destroying prospects for unity.

A Palestinian official who maintains close contacts with Egypt said Cairo had decided to open Rafah crossing only to Palestinians returning to Gaza, after the PA personnel withdrew.

Egypt’s restriction, the official said, showed its “disappointment at the faltering of the 2017 reconciliation agreement.” But an Egyptian official in Cairo said he did not expect Rafah to be shut completely.

“Egypt recognizes the importance of the humanitarian situation in Gaza and the Rafah crossing is an important access point for Palestinians,” the official said, adding that his country would not abandon its mediation efforts.

Brigadier-General Yehya Hammad, the Hamas-appointed director of the crossing, told Reuters his men completed their deployment and were ready to operate the passage.

After they took up their posts, the body of a Palestinian who had died in Cairo and two women accompanying the coffin were allowed to enter Gaza. The women’s passports were stamped by Hamas officers. A first bus with passengers from Egypt then arrived, with more expected later in the day.

“We hope the Egyptian side will open the crossing permanently as it did in the past to allow stranded patients, students, residents of third countries and humanitarian cases to travel,” said Hammad, standing in the passport hall.