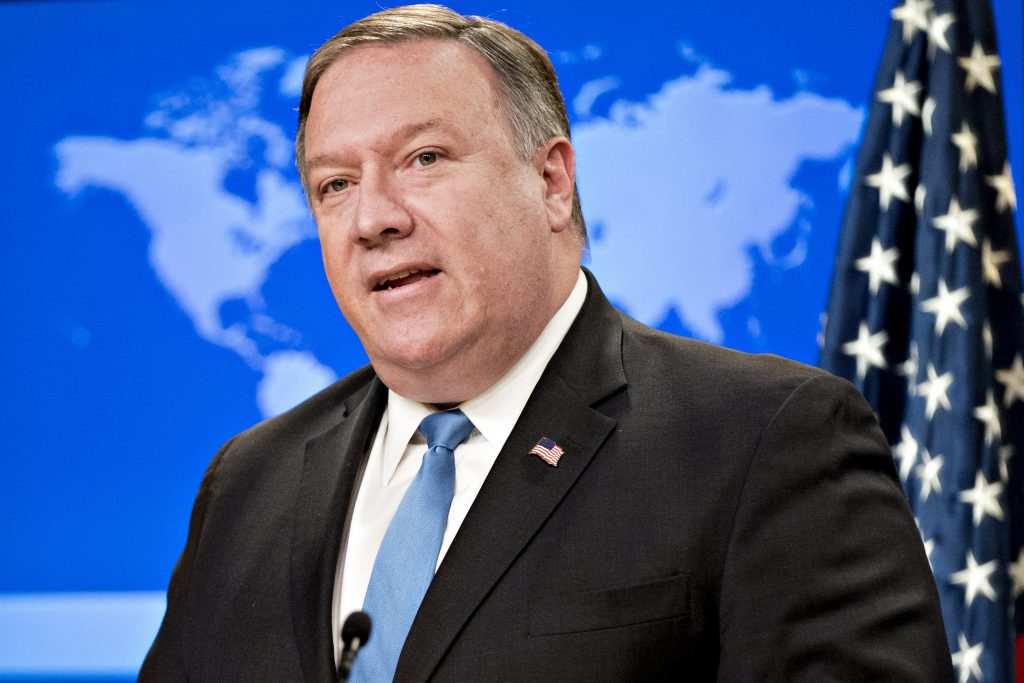 Dozens of U.S. diplomats and embassy staff who will shepherd Secretary of State Michael Pompeo through a tour of the Middle East over the next week will be laboring without pay as the partial government shutdown drags on.

While visa and passport services overseas are funded by fees and remain open, many embassy staff members around the world are on furlough — not working and not paid — along with hundreds of thousands of government workers affected by the shutdown in the U.S. In some cases, unpaid workers are taking turns coming to the office one or two days a week to keep operations going.

But, like his predecessors as secretary of State, Pompeo departed on his trip Monday despite the shutdown that’s now in its third week. That requires a retinue of staff to join him and dozens of embassy employees at each stop to steer his visits. In past shutdowns, government workers have received back pay after a funding dispute is resolved.

Pompeo already has traveled during the shutdown. On Jan. 1 and Jan. 2 he was joined by his wife Susan and several State Department staff members for a trip to Brazil, where he attended a presidential inauguration, and Colombia. Susan Pompeo will also accompany him to the Middle East.

About 26 percent of American employees of the State Department overseas and about 42 percent stationed in the U.S. have been furloughed, according to the department. Most non-U.S. citizens working for the department abroad are still working thanks to labor laws in their countries that prohibit unpaid furloughs, the department said.

Pompeo said Monday that he hoped the shutdown would end but backed the “important goal” he said President Donald Trump is trying to achieve in demanding funds for a wall along the border with Mexico.

“The State Department will continue to perform its functions around the world in a way that keeps the American citizens safe and performs its diplomatic functions,” Pompeo told CNBC. “We’ll do that no matter what is thrown at us.”

Anxiety has been growing at the State Department over the shutdown, as it has at other affected agencies.

Many State Department contractors such as cafeteria staff have been told not to show up to work and not to expect a paycheck for days missed even after the shutdown ends.

For State Department employees, the next big crunch day will be Thursday, Jan. 17, when staff are due to get their next paychecks. Some department employees have already been told they won’t get paid on that date.