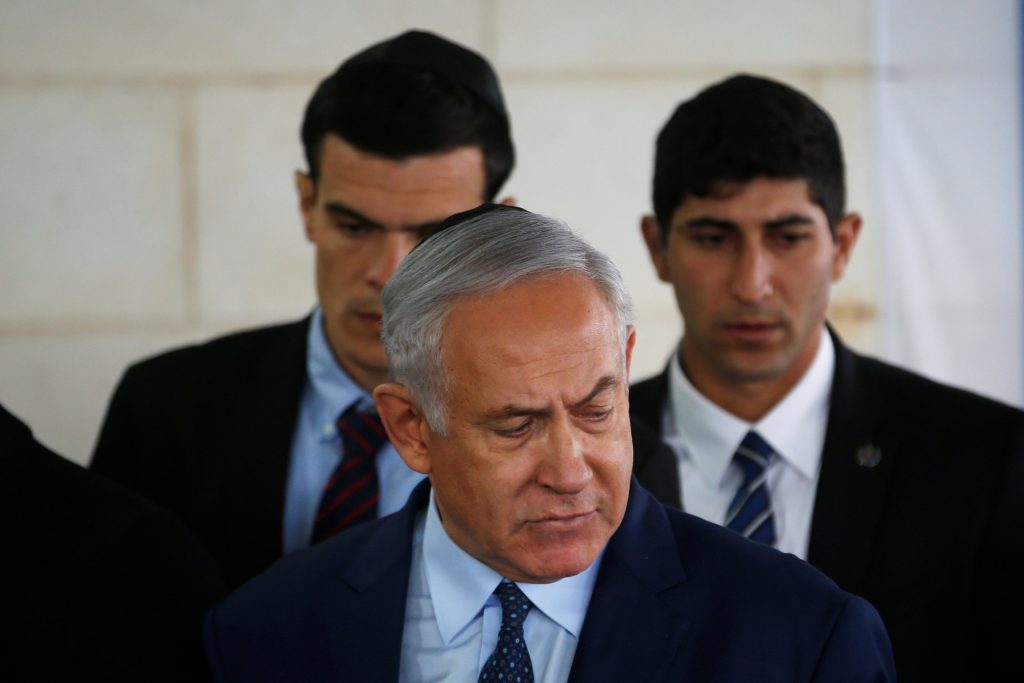 The day after wasn’t much different from the night before—Israeli Prime Minister Binyamin Netanyahu pulling the law enforcement system, the politicians, the media, and the rest of society into the vortex of his struggle to survive legally and politically.

A senior law enforcement official on Tuesday reportedly accused Netanyahu of trying to “deceive the public” and disrupt the criminal investigations against him demanding a face-to-face confrontation with accusing witnesses and again claiming to be the victim of a witch hunt.

“Netanyahu wants to assert his power, weight and status to disrupt the investigation,” Army Radio quoted a “very senior official” in the State Prosecutor’s Office as saying. “In a confrontation with him, those state witnesses could give a different statement than what they gave police.”

“The Israeli public is being deceived, and not for the first time, by Netanyahu, who is making use of the masses’ stupidity — meaning their lack of knowledge in those subjects,” the unnamed official was quoted as saying. “Anyway, no suspect has any right to a confrontation [during a police investigation] and it is inappropriate to hold an unnecessary and damaging confrontation.”

In a tweeted response, Netanyahu merely doubled down on his demand:

“Yesterday I asked what are they afraid of,” he wrote. “Now it is revealed that they are afraid of the truth. I demand to confront the state witnesses now. The public must know the whole truth.”

Shortly after the speech on Monday night, police officials released a statement explaining that the nature of the investigation—covering an extended period, not a single event—did not lend itself to such a confrontation. In any case, suspects have the opportunity to confront witnesses against them in court during cross-examination.

However, at least one legal figure did come to Netanyahu’s defense on Tuesday. The former chief prosecutor against prime minister Ehud Olmert, Uri Korev, said that Netanyahu’s demand cannot be so easily waved away.

While he acknowledged that no such defendant-witness confrontation had been arranged in the Olmert case, he said he believed neither party had requested one.

Meanwhile, the back-and-forth between Netanyahu and the opposition continued online.

Taking off from his assertion in the speech that the allegation of bribery against him is meaningless because no money was supposed to have changed hands, the prime minister wrote that “Bribery without money is like… an omelette without an egg.”

But the basic argument that bribery means a monetary payoff was refuted by former Meretz chairwoman Zehava Galon, who tweeted:

“The defendant Netanyahu asked so I went to check the Penal Law…Bribery without money is… still bribery.”

She attached a shot of the Israeli law which states that bribery can be in the form of money, items worth money, actions benefiting or discriminating against someone or abstention from, speeding up of or slowing down of such actions.

Others parodied the Likud’s billing of the Netanyahu address as a “dramatic announcement.” The statement triggered a surge of speculation, including that he would be resigning, but the speech falls far short of such momentousness.

“Bribery without money is like a dramatic announcement without drama,” they wrote.