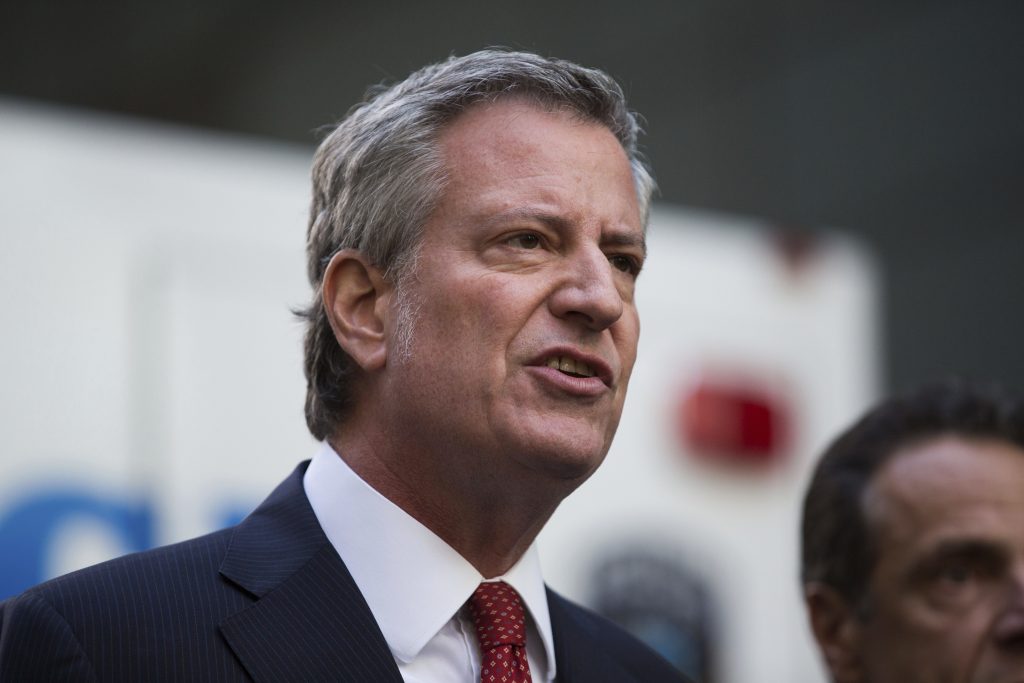 New York Mayor Bill de Blasio proposed a $100 million plan that he said would provide affordable “healthcare for all,” reaching about 600,000 people, including illegal immigrants, low-income residents not enrolled in Medicaid and young workers whose current plans are too expensive.

The plan, which de Blasio dubbed “NYC Care,” will offer public health insurance on a sliding price scale based on income, the mayor said during an interview Monday morning on MSNBC. It will begin later this year in the Bronx and will be available to all New Yorkers in 2021, and would cost at least $100 million once it reaches full enrollment, according to the mayor’s office.

The proposed city-funded health insurance option would assign a primary care doctor to each plan participant and help patients find specialists if needed. De Blasio said the plan, which would be financed out of the city’s public health budget, would ultimately be cost effective by reducing hospital emergency room visits by uninsured patients and by improving public health.

The program builds upon the city’s $1.6 billion a-year Department of Public Health and Mental Hygiene budget and the separately funded public hospital system, which already serves 475,000 under-insured and uninsured patients annually, including undocumented immigrants, in more than 11 hospitals and 70 neighborhood clinics. The city already has an insurance plan, MetroPlus, that will be used as the template for the coverage. The program may take two years to get “to full strength,” de Blasio said.

The city’s public-hospitals corporation, which was running a deficit approaching $1 billion several years ago, has reduced costs and gained revenue through the Affordable Care Act to the point where it is approaching a surplus this year, de Blasio said.

It will be open to anyone who does not have insurance and take advantage of options already available under Medicaid, Medicare and the Affordable Care Act. The goal is to reduce patients’ use of hospital emergency rooms and increase preventive care to reduce serious illness and the need for hospitalizations.

“We wanted one large solution for everyone,” de Blasio said. “We are trying to avoid people getting health care the wrong way.”

The plan reflects the priority that Democrats have placed on affordable health care, which was a major issue in the 2018 mid-term elections that have given the party a majority in the House of Representatives. De Blasio, 57, has traveled around the nation during the past five years seeking to establish himself as leader among progressive Democrats.

“Republicans in Washington have been trying to tear down health care,” de Blasio said. “We’re doing the opposite.”

When asked why people should pay to insure undocumented immigrants, de Blasio answered: “You can pay me now or you can pay me later. If we don’t help people get the health care, we’re going to pay plenty on the back-end when people get really sick.”