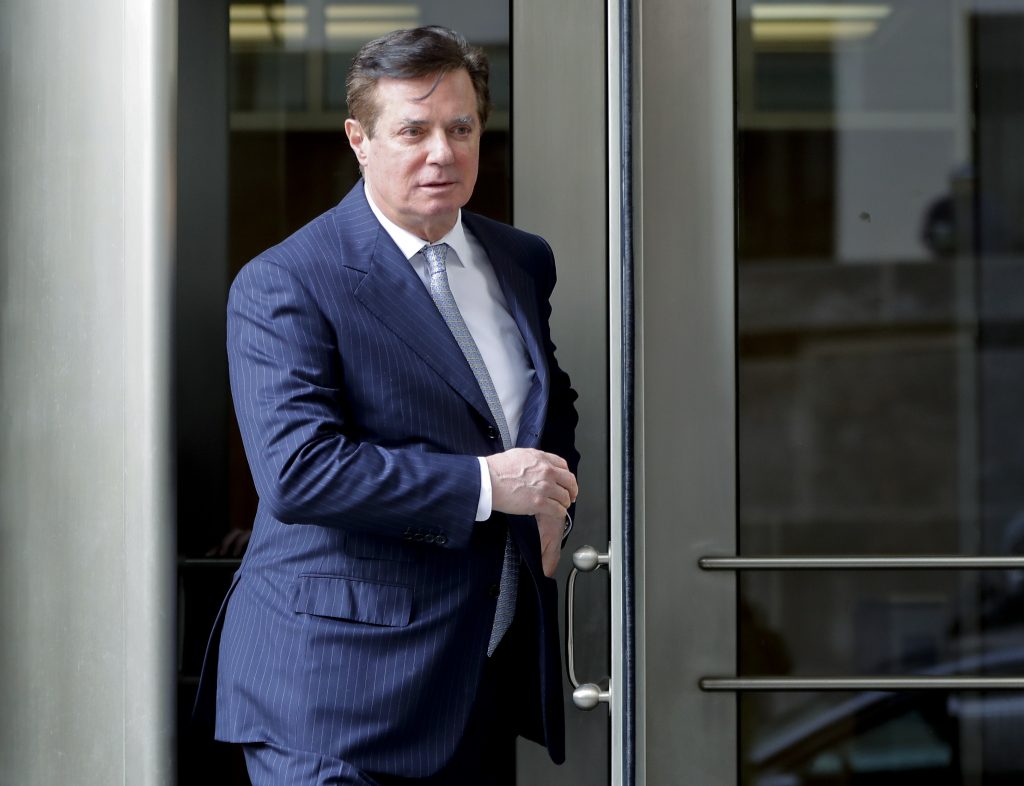 Any “misstatements” made by U.S. President Donald Trump’s former campaign chairman, Paul Manafort, to federal prosecutors were “unintentional” and he would not seek a hearing to contest the allegation he lied, Manafort’s lawyers said in a court filing.

Manafort was responding to allegations in December by the U.S. special counsel investigating Russian meddling in the 2016 presidential election that Manafort had told “multiple discernible lies” to investigators, breaking a plea agreement struck in September.

Manafort’s lawyers had been given until Monday to decide whether they would challenge the allegations, a move that would require a court hearing to weigh evidence, or simply ask the government to move on to sentencing. The filing was submitted under seal on Monday, and a redacted version released on Tuesday.

The former Trump campaign chief’s lawyers said their client has been suffering from gout, anxiety and depression and that he never purposely lied to them during his 12 interview sessions with the special counsel and other prosecutors.

“The defense contests the Government’s conclusion and contends that any alleged misstatements, to the extent they occurred at all, were not intentional,” Manafort’s lawyers said in the filing to U.S. District Judge Amy Berman Jackson in Washington, who is handling one of two cases against Manafort.

When Manafort pleaded guilty in September in Berman Jackson’s court, he promised to cooperate fully with U.S. Special Counsel Robert Mueller’s office and other Justice Department probes in return for a recommendation of leniency at sentencing.

But Mueller’s office said Manafort had lied about at least five subjects, including his interactions with former business partner Konstanin Kilimnik, who has been accused by prosecutors of having ties to Russian intelligence, and about his contacts with Trump administration officials.

Manafort, who earned millions of dollars for his political consulting work for Ukraine’s former pro-Russia government, has emerged as a key figure in Mueller’s investigation into Russia’s alleged meddling in the 2016 U.S. presidential election.

In addition to his ties to Kilimnik, Manafort had for years worked for Oleg Deripaska, a Russian oligarch who was sanctioned by the U.S. Treasury in April for allegedly supporting the Kremlin’s “malign activity” around the world.

Manafort, 69, was convicted in August in a separate case in Alexandria, Virginia, for evading taxes on $16 million earned as a political consultant in Ukraine and lying to banks to get loans. He is due to be sentenced in that case next month.

Russia has denied meddling in the election. Trump has said there was no collusion between his campaign and Moscow.