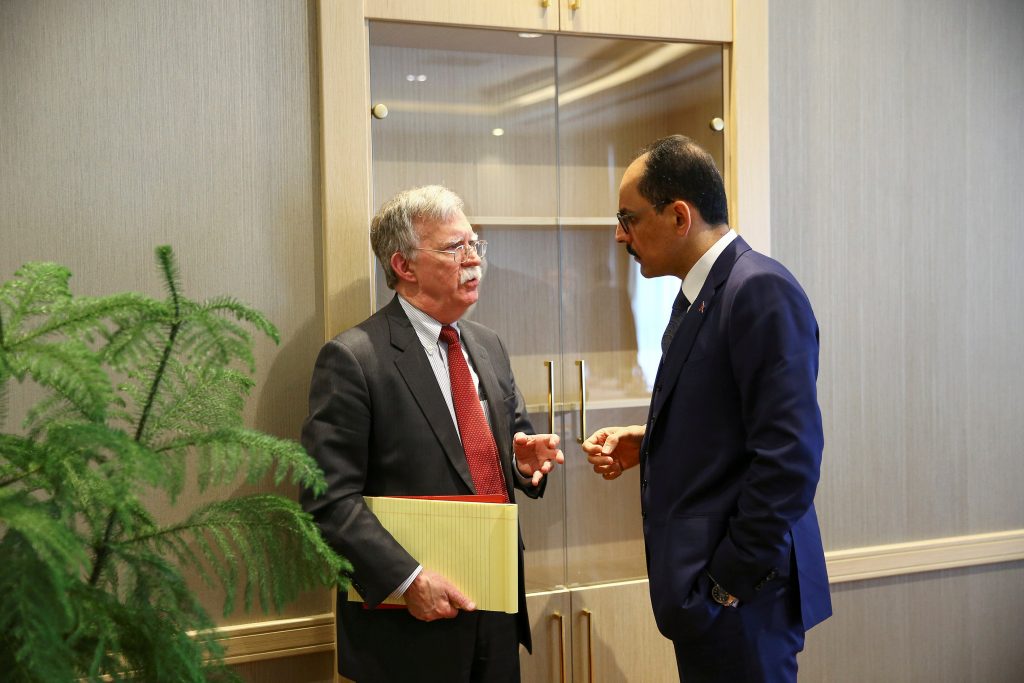 U.S. National Security Adviser John Bolton is set to depart Turkey without meeting with President Recep Tayyip Erdogan, in an apparent snub over disagreements about Kurdish fighters in Syria.

A U.S. official had said over the weekend that the two were expected to have consultations on Tuesday about the fate of Kurds allied with the United States in Syria as part of discussions about President Donald Trump’s troop draw-down from the country.

In the speech to parliament Tuesday, Erdogan criticized the U.S. position that the Kurds must be protected, reiterating his government’s position that they are a terrorist group. Erdogan, speaking to members of his AK Party in parliament, said John Bolton had made a “serious mistake” in calling for a new condition for the U.S. withdrawal from Syria, and that Turkey could never compromise on the issue of the YPG Kurdish militia.

Turkey sees the YPG, which the United States has backed in the fight against Islamic State in Syria, as a terrorist organization and part of the outlawed Kurdistan Workers Party (PKK).