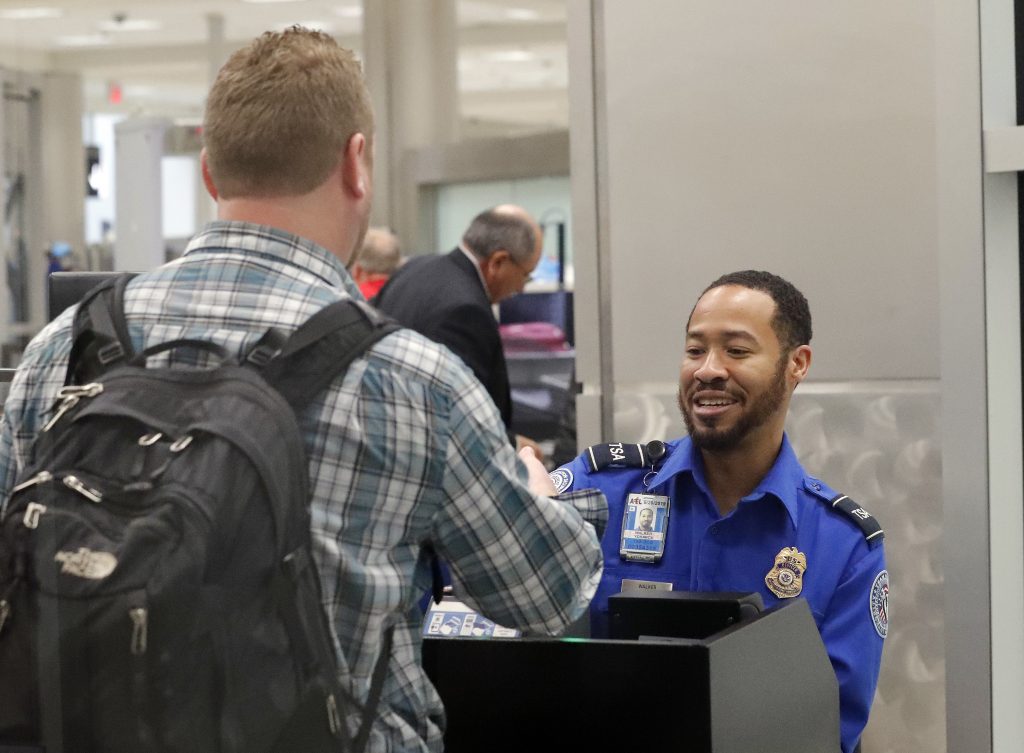 The Transportation Security Administration has not seen a significant uptick in airport screening wait times, the agency said Monday, as concerns mount about the potential for disruption to the country’s air travel system due to the federal government shutdown now in its third week.

The TSA screened 2.2 million passengers across the country Sunday with 99.8 percent waiting less than 30 minutes, according to spokesman Michael Bilello. Nine out of 10 passengers were screened in less than 15 minutes, with average wait times for Precheck lanes of less than five minutes, he said.

“We are grateful to the more than 51,000 agents across the country who remain focused on the mission and are respectful to the traveling public as they continue the important work necessary to secure the national transportation systems,” Bilello said in a statement.

The latest numbers came after a flurry of news reports on Friday and over the weekend about increasing numbers of TSA workers calling in sick as they continue to work without pay during the shutdown.

So far, that hasn’t had a noticeable impact on airport wait times, but officials with the union representing TSA workers have expressed concern the issue could worsen this week as employees miss their first paycheck since the shutdown began.

TSA workers and air traffic controllers are among the employees deemed essential by the government during the shutdown, meaning they’re required to continue showing up for work. The employees are expected to be compensated for the hours worked, but that likely won’t happen until the government is reopened.

Top unions representing airline employees have also weighed in to voice their concerns, with the Air Line Pilots Association warning in a letter last week that the shutdown is “adversely affecting the safety, security and efficiency of our national airspace system.”

“We are particularly concerned about the thousands of TSA workers and FAA inspectors as the shutdown inevitably begins to impact our transportation system,” Lori Bassani, president of the flight attendants’ association, said in a statement. “Working men and women often live paycheck to paycheck with little reserves left to fall back on. … Our elected officials must redouble their efforts to reopen and fund our federal government.”

The TSA has maintained that security standards and effectiveness will not be compromised during the shutdown. Unions representing air traffic controllers and Customs and Border Protection workers said they had not seen a noticeable increase in employees calling in sick.

Outside the TSA, the shutdown is impacting other parts of the airline industry. The Air Line Pilots Association letter said that Federal Aviation Administration oversight activities could be affected by the furlough of FAA inspectors.

American Airlines said Monday it is unable to put two recently delivered planes into service while awaiting FAA approvals. Southwest’s CEO Gary Kelly suggested last week that the shutdown could delay the company’s launch of service to Hawaii. Southwest is in the midst of a months-long process with the FAA to certify its aircraft and procedures for extended operation over water.

“All in all, we’re really close to our goal we’ve been working toward. One factor that’s beyond our control right now is the government shutdown, which impacts many airline authorization activities,” Kelly said in a message to employees. “So, we’ll be keeping a close eye on how our timeline might be affected, but of course, our folks are ready to go whenever the FAA is ready to go as well.”