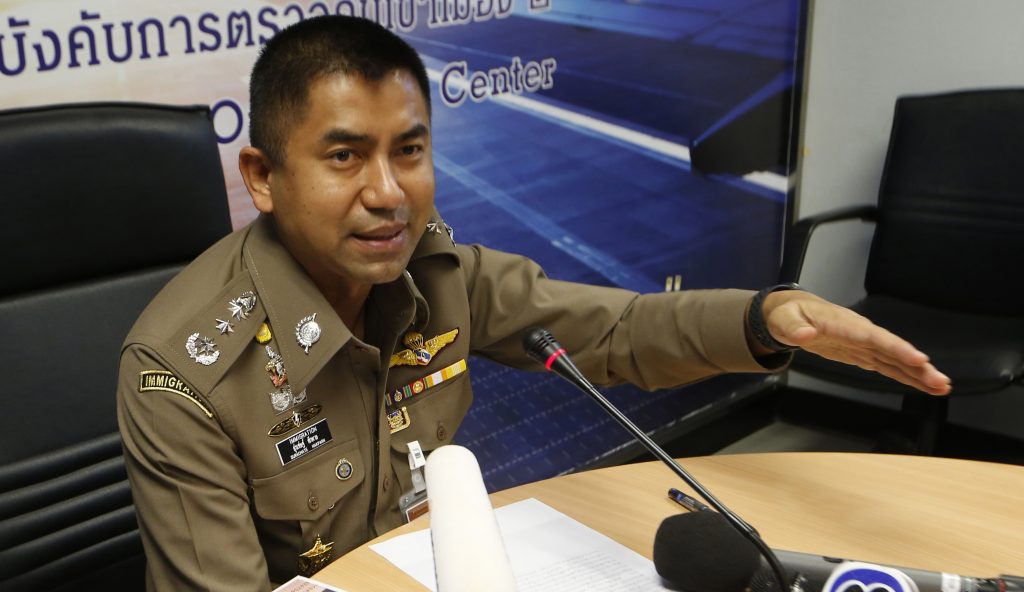 The United Nations refugee agency has taken custody of an 18-year-old Saudi woman who said she was fleeing abuse from her family, enabling her to stay in Thailand until she’s granted asylum in another country.

Rahaf Mohammed Alqunun, whose predicament went viral via her Twitter account, told Human Rights Watch that she had arrived at Bangkok’s main airport on Jan. 5 from Kuwait, and that her passport was seized, preventing her from traveling to Australia.

“She’s in Thailand now,” Surachate Hakparn, the nation’s immigration chief, said at a briefing Monday afternoon at the Suvarnabhumi Airport. “Nobody can force her to do anything. We’ll protect her.”

After representatives from the U.N.’s refugee agency, known as UNHCR, met Alqunun to discuss whether she wanted to go to Australia or stay in Thailand, she was allowed to enter the Southeast Asian country temporarily, Surachate said later on Monday.

Surachate said she left the airport in UNHCR custody, and the agency told him it would take about five days to process the case before the woman can leave for a third country. Late Monday, her father was expected to arrive in Thailand, but Surachate said it will be up to her whether she wants to see him.

Alqunun had been holed up in a hotel at the airport and earlier said in a video posted on Twitter that she wouldn’t leave the room until she met the UNHCR representatives, adding she wanted asylum.

“I’m shouting out for help of humanity,” she wrote on Twitter, where she had been documenting her situation in Arabic and English.

She said that she would be “in real danger” if Thai authorities deported her and feared her family would kill her. Alqunun barricaded herself inside the hotel room to resist deportation aboard a Kuwait Airways flight on Monday morning, which then left Bangkok without her, according to her posts.

The Saudi embassy in Bangkok said in a statement that it hadn’t impounded Alqunun’s passport, adding it doesn’t have the authority to stop her at the airport or anywhere else. It said she was stopped by airport authorities for lacking “a return reservation or a tourist program”, and will be deported to Kuwait where her family lives. Alqunun said, however, that she resides in Saudi Arabia, posting a picture of her university identification card.

Human Rights Watch said she risks criminal charges in Saudi Arabia for “parental disobedience,” which can result in imprisonment, as well as for “harming the reputation of the kingdom.” Alqunun also told some media outlets that she had renounced Islam, a criminal offense in Saudi Arabia that can be punishable by death.

“Thai authorities should immediately halt any deportation, and either allow her to continue her travel to Australia or permit her to remain in Thailand to seek protection as a refugee,” said Michael Page, deputy Middle East director at Human Rights Watch.

Bloomberg wasn’t able to interview Alqunun or independently verify her story, though she posted a copy of her passport on Twitter.

While Saudi Arabia has gradually granted women more rights as part of an overhaul led by Crown Prince Mohammed bin Salman, the conservative Islamic kingdom still applies a guardianship system that makes women legal dependents of male relatives. Women of all ages need permission from their guardian — typically a father, husband or brother — to marry or travel abroad.

In 2017, another Saudi woman, Dina Ali Lasloom, was forcibly returned to Saudi Arabia while in transit in the Philippines during an attempt to get to Australia. She was held in a detention facility for women under 30 upon her return, and it’s unclear what happened to her after that.

Thailand’s military government was criticized last year for arresting Hakeem Al-Araibi, a former Bahrain soccer player with refugee status in Australia. He had come to Thailand and remains in detention pending possible extradition to Bahrain.

Saudi Arabia’s relations with Thailand have been strained for decades after gems including a valuable blue diamond were stolen from a Saudi prince by a Thai employee and a Saudi businessman who traveled to investigate the theft went missing.