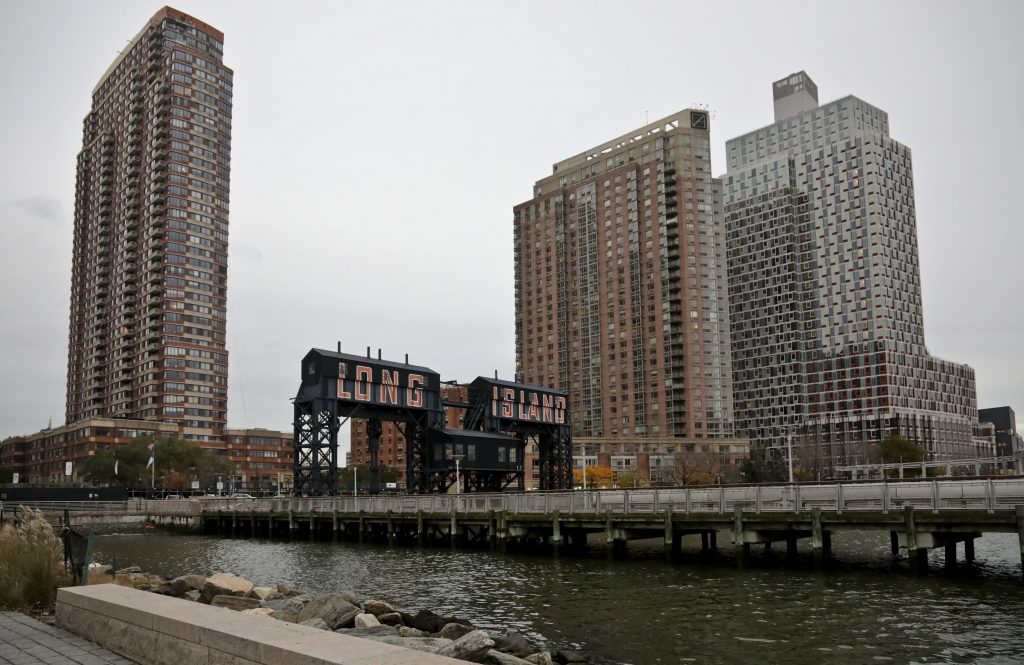 Two politicians from Amazon.com’s hometown traveled across the country to New York to deliver a cautionary message about the company’s expansion in the city.

Members of the Seattle City Council, Lisa Herbold and Teresa Mosqueda, are urging elected officials in New York to pass legislation now that will address potential housing and transportation issues that will inevitably follow in the wake of Amazon’s decision to build a major new campus in Queens. Both are speaking Monday at an event hosted by the Retail, Wholesale and Department Store Union, which has been backing efforts to organize workers at an Amazon fulfillment center in Staten Island.

“I hope they can learn from Seattle’s experiences and create a set of new expectations for corporate responsibility that can benefit the working poor who work for Amazon and other people priced out of housing in high cost cities everywhere,” Herbold said in an emailed statement ahead of the event.

Amazon announced in November a major expansion in Long Island City, New York, and Arlington, Virginia. In New York, Amazon would spend about $2.5 billion to create an 8.5 million square foot campus on the East River waterfront facing Manhattan from Long Island City, located in the borough of Queens. In return, the internet giant is set to receive almost $3 billion worth of state and city incentives.

While Amazon could generate more than $27.5 billion in additional tax revenue for the city over 25 years, local politicians and community activists have already come out against the deal. Opponents fear the high salaries promised by Amazon and influx of as many as 40,000 employees eventually will push out residents in one of the city’s fastest growing neighborhoods, and lead to even more congestion in the already overburdened subway system.

A representative for Amazon could not immediately be reached for comment.

Amazon’s pitch to cities that wanted to be the site of its future expansion highlighted the company’s economic contribution to its hometown of Seattle as a selling point. However, there is a growing backlash against Amazon in Seattle, where its turbocharged growth has exacerbated traffic, led to skyrocketing housing prices, and where homelessness has reached crisis levels.

Last year, the Seattle City Council was forced to reverse a tax on workers after a public rebuke from the e-commerce giant. The council had initially approved the tax of $275 per employee unanimously in an effort to combat rising homelessness. Mosqueda was one of two council members who later opposed the repeal.

“This isn’t about being anti-growth or anti-corporation. It’s about corporate accountability and shared responsibility,” Mosqueda said in an interview with Bloomberg ahead of the event. “These companies do well because of our workforce and infrastructure, and they’ll continue to do well if they invest in that infrastructure.”

Mosqueda said New York must act now with new taxes to generate revenue that will be needed for affordable housing. She also cautioned against letting philanthropic gestures pass as being adequate to address complex and costly problems of housing and transportation.

Politicians in New York, including City Councilman Jimmy Van Bramer, Rep. Alexandria Ocasio-Cortez. D-N.Y., and Sen. Kirsten Gillibrand, D-N.Y., have already expressed outrage over the secret negotiations that led to Amazon’s arrival. Still, Gov. Andrew Cuomo has said New York’s incentive offer was lower than that of many cities and states, including neighboring Newark, and that the city and state would be getting a 9-to-1 return on investment.

New York’s City Council has few, if any, tools to block Amazon’s deal in Long Island City, although its lawyers may file a lawsuit challenging the deal, which could slow the project’s progress. A $505 million state grant that’s part of the Amazon subsidy package may require unanimous approval of the state’s five-member Public Authorities Control Board, which oversees capital spending. It’s possible that Democrats who control the state legislature could block that payment. Gov. Cuomo has challenged the assertion that the payment requires board approval, and the issue may wind up in court.