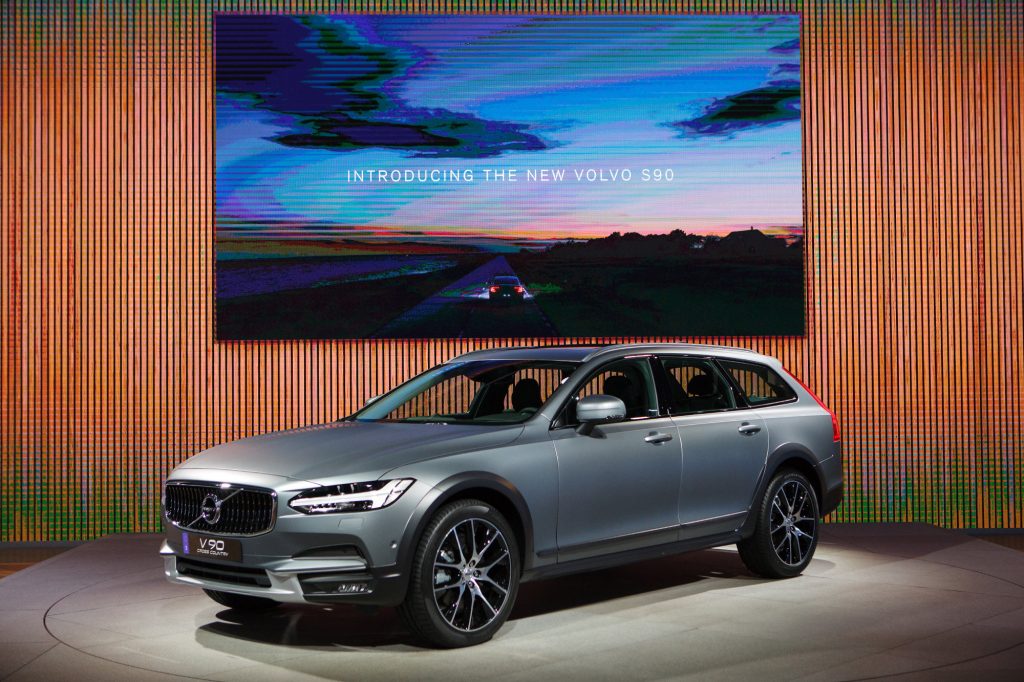 Stately, plump SUVs are running roughshod over the auto industry, crushing sedans, compacts and anything else that doesn’t approximate a 5,000-pound turtle. And yet amid the carnage, the earnest, doughty station wagon has emerged unscathed.

In fact, it’s picking up speed, thanks to a crowd of new models. U.S. customers drove off in 212,000 brand spanking new station wagons last year, 29 percent more than they did five years earlier, according to new data from Edmunds.com. While the wagon is still the narrowest of niche products, that growth rate bests some of the industry’s most popular machines, as well as the long tail of vehicle sizes and shapes that are fading fast.

“The winner in the death of the car is the station wagon,” said Karl Brauer, executive publisher for Autotrader and Kelley Blue Book. “You’ve got the car on one end of the spectrum and the SUV on the other; the wagon sits right in between those two.”

The modest sales increase belies a long-held narrative in the c-suites of Detroit and Stuttgart: Americans don’t buy station wagons-at least not anymore. There’s some truth to that: Even now, the low-slung, family trickster accounts for less than 2 percent of the U.S. auto market.

But in the mad scramble to make and sell SUVs of all shapes and sizes, the sleepy old station wagon started to look like strategic white space. On paper, it’s not as dramatically different from a so-called sport utility as it is in person. Relatively, a wagon can haul about as much cargo as an SUV and, being closer to the ground, handles better and is less prone to tip. Those arguments were essentially worthless five years ago, but today, they make all the difference to the occasional shopper reluctant to be the newest person on the block to conform with the crossover club.

Carmakers, realizing as much, ordered up a few. Volkswagen brought its new Golf SportWagen across the Atlantic in 2015. In the spring of the following year, Volvo rolled out its V90, a slick descendant of the boxy, yuppie tanks that made the brand famous in the 1980s. A month later, Buick pulled the cover off of the Regal TourX, a wagonized version of its mid-sized sedan. And in the summer of 2017, Jaguar pounced with its XF Sportbrake, just a few months before Porsche stretched the roofline on its Panamera, finally giving affluent motorists an alternative to wagons from Audi, BMW and Mercedes.

“There’s a group of consumers who are greatly interested in the versatility and capability of an SUV, but they don’t want to be seen as someone who just goes with the flow,” said Buick marketing director Sam Russell.

“They are almost violently opposed to being mainstream,” he said.

To some extent, the wagon train is a self-fulfilling prophecy. Sure, Americans cooled on station wagons, but sales also swooned because companies stopped making them. It’s the same feedback loop of confirmation bias that perpetually bedevils the car business. Recently, wagon sales have increased in part because there’s more to choose from. Fancy that.

To be sure, it’s still a modest comeback. The wagon momentum slowed slightly last year as the newness wore off of some machines. Starting this year, BMW will no longer offer a wagon version of its 3-series sedan in the U.S., a vehicle that’s long been a paragon of the product. That will be welcome news to Porsche, Volvo and Jaguar, which just started its Sportbrake experiment.

Buick reckons it’s already conquesting some BMW buyers. Half of the people buying the Regal are opting for the version with the big, boxy back-end. But sales were a bit of an afterthought for Buick’s product planners. The TourX was also a marketing exercise, a way to fight its stigma as a company that only makes long, soft sedans for seniors. It also was a tidy way to give Buick a boost in New England and the Pacific Northwest, two wealthy markets where it has historically underperformed.

“As long as you deliver on the styling, I think there will always be an opportunity for wagons,” Russell said. “It’s something different for consumers who are different.”

Indeed, TourX sales have increased steadily in the 12 months it’s been in dealerships. Critically, those who buy it are on average more affluent than people who opt for the Enclave, the largest and most expensive of Buick’s SUVs.