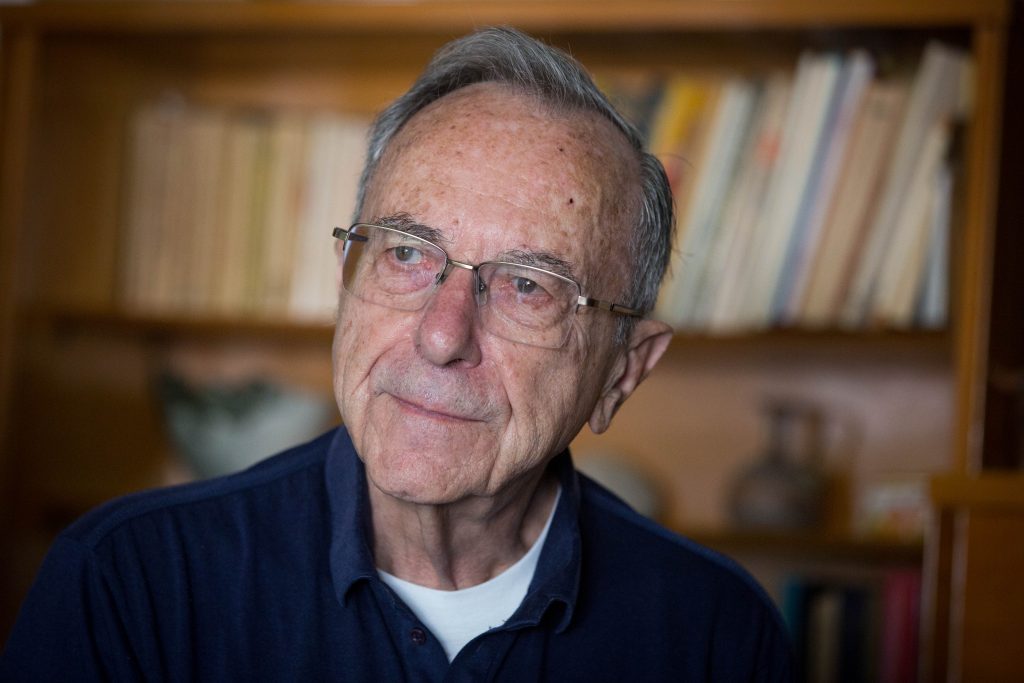 Former Defense Minister Moshe Arens, z”l, who served in that office in three governments, passed away early Monday at the age of 93. Prime Minister Binyamin Netanyahu, commenting on his passing, called Arens “my master and my teacher […] a man who worked miracles to ensure the growth and standing of Israel, as our ambassador in Washington, as Foreign Minister, as Defense Minister time after time. The contributions of Moshe Arens to our state will be remembered forever. There was no greater patriot for our people.”

Arens passed away peacefully early Monday at his home in Savyon. Funeral arrangements have yet to be announced.

Born in Lithuania, his family emigrated to the United States before World War II. Arens was active in the Beitar youth movement, and following the declaration of Israel as a state in 1948, he moved here to fight with the Irgun, commanded by Menachem Begin. After a brief respite in the U.S. after the War of Independence, he returned to Israel and became head of Israel Aircraft Industries.

He was first elected to the Knesset in the 1973 elections, and in 1980, when Begin was Prime Minister, he was offered the position of Defense Minister – which he turned down, due to his opposition to the surrender of Sinai to Egypt.

He finally took that position in 1983, after serving for several years as Israeli Ambassador to the U.S., and served as Defense Minister throughout most of the rest of the 1980s. He retired from politics after Labor formed a government in the 1992 elections.

Commenting on his passing, Knesset Speaker Yuli Edelstein said that “Israel has lost one of the people who loved it most. For decades, and until his last day, Arens was dedicated to one idea: The revival of the Jewish people in its homeland.”