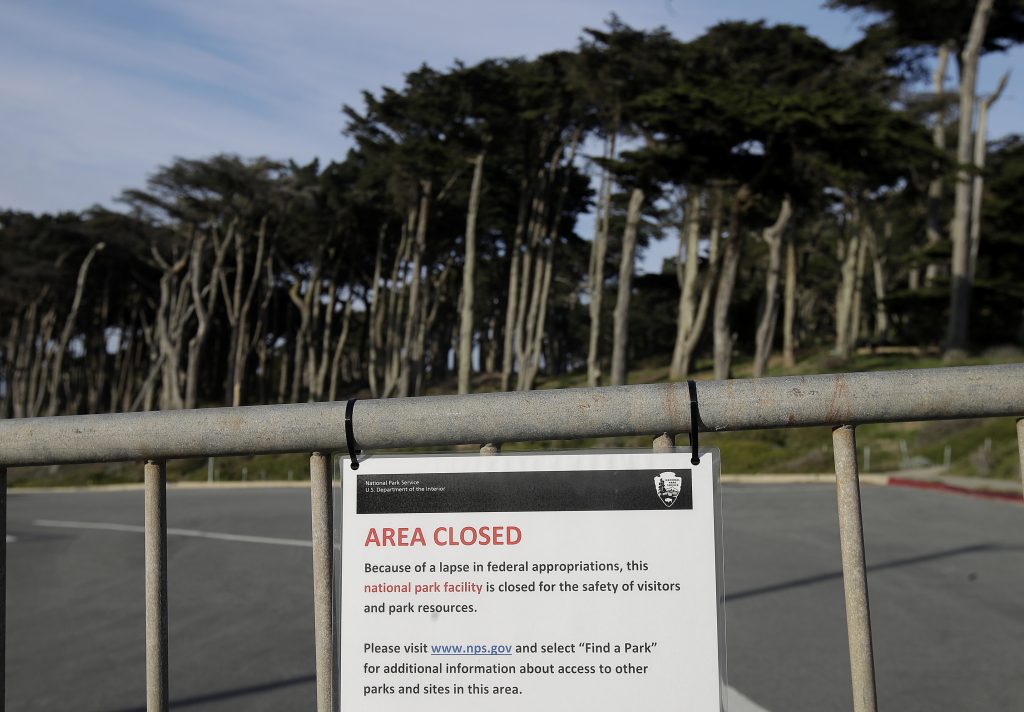 The National Park Service will take the unprecedented step of tapping entrance fees to pay for expanded operations at its most popular sites, officials said Sunday, as the federal government shutdown threatens to degrade some of the nation’s iconic landmarks.

Under an order signed Saturday by the Interior Department’s Acting Secretary David Bernhardt and obtained by The Washington Post, park managers will be permitted to bring on additional staff to clean restrooms, haul trash, patrol the parks and open areas that have been shut during the more than two-week budget impasse. In a statement Sunday, National Park Service Deputy Director P. Daniel Smith acknowledged that the administration’s practice of keeping parks open but understaffed has become unsustainable at some of its most beloved sites.

“As the lapse in appropriations continues, it has become clear that highly visited parks with limited staff have urgent needs that cannot be addressed solely through the generosity of our partners,” Smith said. “We are taking this extraordinary step to ensure that parks are protected, and that visitors can continue to access parks with limited basic services.”

The move, which some critics said could be illegal, shows the extent to which the Trump administration’s decision to keep the national park system open to visitors across the country is straining its capacity and potentially exposing public lands to long-term damage. Under the Clinton and Obama administrations, the Park Service chose to block access to its sites rather than leave them open with a skeleton staff on board. Trump officials chose the opposite course, and as trash has begun to mount, and key habitat has been imperiled, the administration is struggling to manage the problems.

Congressional Democrats and some park advocates question whether the move is legal, since the fees that parks collect under the Federal Lands Recreation Enhancement Act are expressly designated to support visitor services instead of operations and basic maintenance. The new secretarial order authorizes parks that have “available balances” of these fee funds to spend them on operations that include trash collection and sanitation, road maintenance, campground operations, law enforcement and emergency operations, and entrance staff “as necessary to provide critical safety operations.”

“The Department of Interior is very likely violating appropriations law,” said Rep. Betty McCollum, D-Minn., who is incoming chair of the House Appropriations subcommittee overseeing Interior, in a phone interview Sunday. “I want to see our parks open, but I want to see our entire government open the right way, following the law.”

McCollum said that she had voiced her concerns about the parks’ predicament in a phone call with Bernhardt Saturday evening, but he had not shifted course.

“We are certainly going to be doing oversight as the acting secretary moves forward with this, and he will be hearing from me directly,” she said. “This will not open up the parks in any safe, effective manner for tourists to have a safe and enjoyable experience.”

As the shutdown continues, risks emerge at national park sites.

At least seven people have died at national park sites since the shutdown began, including a man at Yosemite National Park who illegally brought his dog on a trail and subsequently fell.

A Park Service official, who spoke on the condition of anonymity, said that Interior’s Solicitor had authorized the move in an opinion, but did not provide the document. This official did not specify how many agency employees would return to work under the revised contingency plan, but it could number in the hundreds. Currently, according to official estimates, as many as 16,000 of the Park Service’s 20,000-person winter workforce are furloughed.

The law establishing the fees, which totaled $299 million last fiscal year, allows for them to be spent on “repair, maintenance, and facility enhancement related directly to visitor enjoyment, visitor access, and health and safety” along with other purposes, such as visitor information and habitat restoration. Under the law 80 percent of the money must be spent on the park when it’s collected while 20 percent can go to fund activities at other park sites.