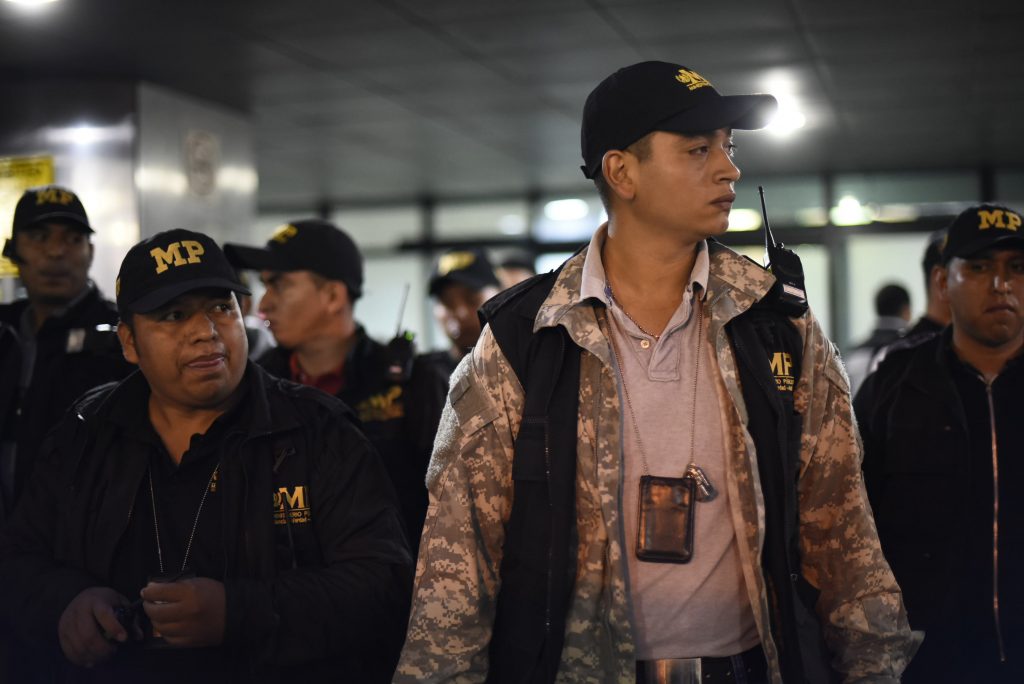 Authorities in Guatemala were holding a member of a U.N.-sponsored anti-corruption commission in the capital’s airport on Sunday, refusing him entry to the country in an escalation of tensions between the government and the commission.

Colombian national Yilen Osorio was detained by Guatemalan immigration officials upon arrival at the airport Saturday afternoon. The move comes despite a court ruling that Guatemala must grant visas and entry to members of the commission known as CICIG, which has investigated top members of Guatemala’s government, as well as President Jimmy Morales’ son and his brother. They deny accusations of corruption.

Guatemala’s attorney general sent more than 30 representatives and security personnel to the airport to protect Osorio. Meanwhile, civic groups protested his detention outside the airport, where more than 100 police were standing guard.

There was no immediate comment on the standoff from the president’s office.

Osorio heads an investigation of alleged bribery implicating the vice president of congress and others. He also participated in a campaign finance investigation into the dealings of Morales’ political party.

Morales, 49, has been in office for nearly three years out of a possible four-year term as president. There are no re-elections for president in Guatemala. Elections are due this year, and some worry that Morales wants to extend his rule. Morales has stated that he would like to remain in office, arguing that little can be done in four years.

“What’s in play is elections to remain in power,” warned Helen Mack, a Guatemalan human rights activist. “CICIG is just an excuse for what they want; they have co-opted various institutions.”

Morales, formerly an actor, rose to power in a landslide 2015 vote amid widespread disillusionment with Guatemala’s political class. At the time, Vice President Roxana Baldetti and President Otto Perez Molina had stepped down from office to face fraud and corruption charges.

The evangelical Christian’s administration, however, has also been dogged by accusations of corruption and money laundering.

The U.N.-sponsored CICIG has operated for more than a decade in Guatemala, pressing charges in corruption cases that have implicated more than 600 people.

Morales refused to renew CICIG’s mandate in the country early last year and then barred its chief from returning to Guatemala from a business trip to the United States.

In October, the commission said the government denied visas for 11 of its investigators. Then, in December, the Foreign Ministry withdrew the investigators’ diplomatic immunity and gave them 72 hours to leave the country. However, three days later a court ordered the visas to be issued.