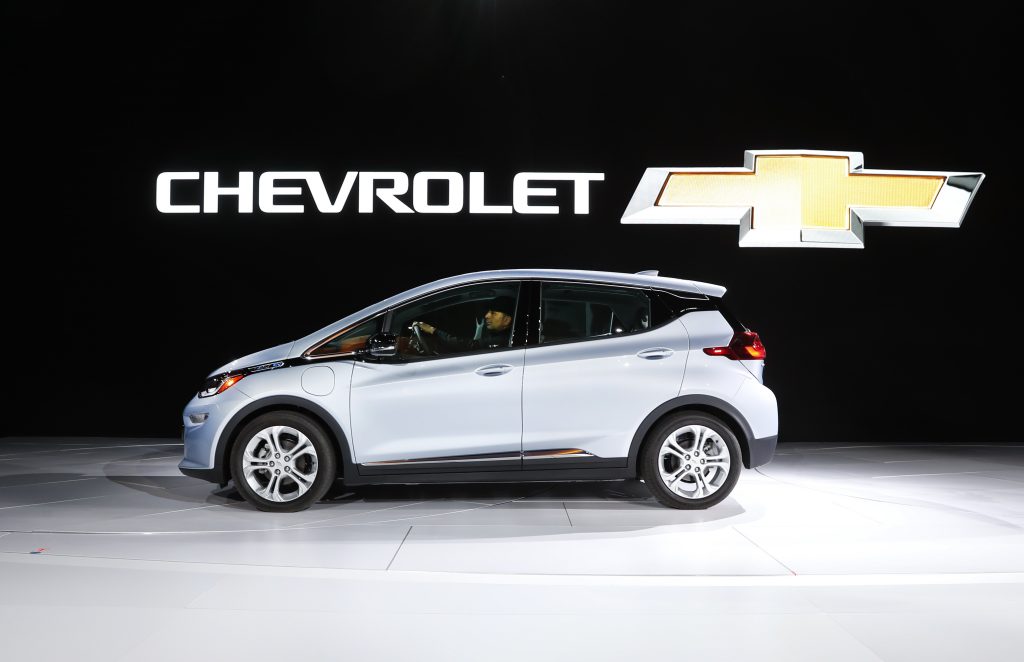 Customers have until the end of March to buy a Chevrolet Bolt electric vehicle and some other EV models to receive a full tax credit.

That’s because General Motors has surpassed 200,000 cumulative electric vehicle sales, the ceiling set per manufacturer by the federal government to offer buyers a $7,500 tax rebate. A GM spokesman confirmed that the company hit 200,000 EV sales in the fourth quarter. By law, in April, the rebate drops to $3,750. That will be sliced in half again in October and the buyer-rebate will be eliminated in April 2020.

The sales target applies mostly to sales of the Bolt, the Chevrolet Volt plug-in hybrid and the Spark EV, said Jim Cain, GM spokesman. For the year, Chevrolet sold 18,019 Bolts, down 22.7 percent from 2017. Volt sales dropped 10 percent to 18,306. Sales of the Spark rose 4.5 percent to 23,602, according to GM sales figures released Thursday.

The rebate is a reduction to a buyer’s tax liability, it is not an incentive that comes off the sticker price. The government created the incentive to help offset the higher price of an electric vehicle compared with a gasoline-powered vehicle. The Bolt EV starts at $37,495, for example.

GM uses the Bolt in its development of robot cars for its self-driving unit, GM Cruise. But as gasoline prices stay low, consumer tastes have shifted away from sedans in favor of SUVs and pickups, GM has said it will discontinue building the Volt this year.

GM CEO Mary Barra has been petitioning Congress to extend the tax credit beyond 200,000 vehicles sold, given GM will face a disadvantage selling its EVs against other automakers who still qualify to offer buyers the full-tax rebate.