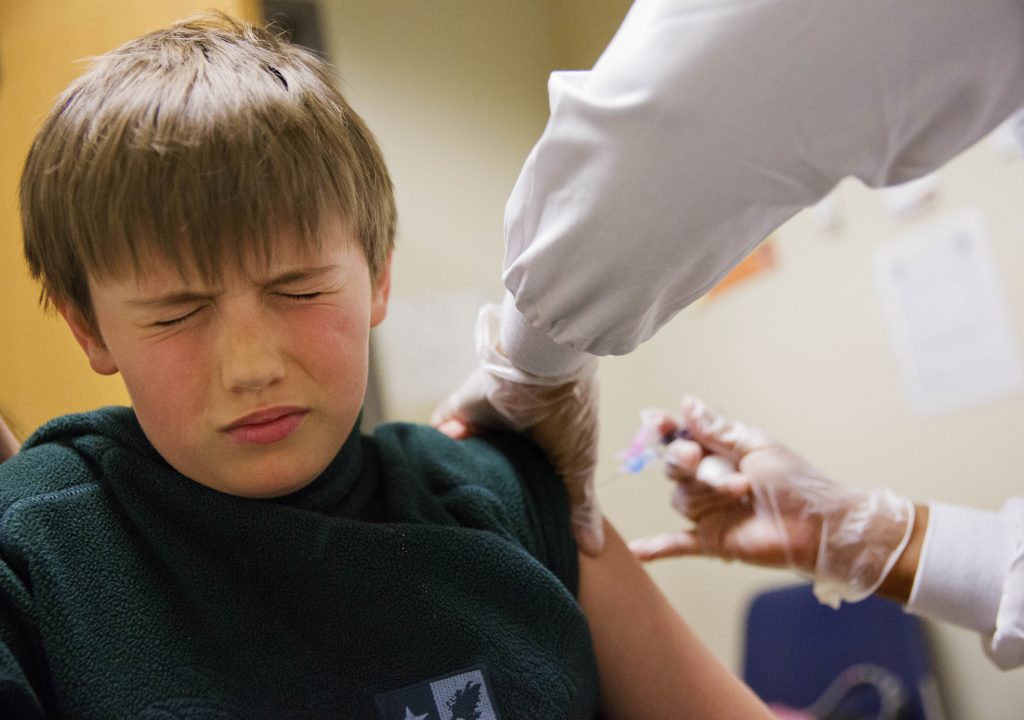 After a slow start, influenza is beginning to take hold across the U.S. The good news is that it’s unlikely to be as bad as last season, when almost 80,000 Americans died. The bad news is that there’s a long way to go.

During the last week of December, some 4.1 percent of doctor visits in the U.S. were because of flu-like illnesses, according to the Centers for Disease Control and Prevention’s weekly report known as FluView. In terms of severity, that’s right in the middle of the four previous flu seasons.

Hardest hit thus far has been the southern U.S., covering a 10-state sweep from South Carolina all the way to New Mexico and even up to Utah. Another pocket of virulence has been growing in New Jersey and New York City. So far, there’s been minimal to low levels of disease across most of the northern half of the country.

But there are several months left in the season.

“It’s too soon to say what direction it will go,” said Lynnette Brammer, head of the CDC’s domestic influenza surveillance team. Influenza typically peaks between December and February, and there’s no accurate way to call the top, she said.

“We know right now we are going up, we just don’t know when it will start coming back down,” she said in a telephone interview.

Still, there are positive signs compared with recent epidemics. This season started a bit more slowly and it’s not picking up as fast as last year, Brammer said. The dominant strain currently circulating, called H1N1, is less likely to affect the elderly, a particularly vulnerable group, and it tends to be more sensitive to vaccination. The dominant strain circulating last year, H3N2, was especially hard to stop.

“Last year was a record bad year,” Brammer said. “Our mortality estimate was one of the highest, if not the highest, we’ve seen.”

Hospitals were setting up tents and triage units in parking lots, as the more aggressive strain took hold across the country. While the virus itself wasn’t more deadly than normal, there was just markedly more of it circulating, she said.

A slow season this year will be good news for insurers. Seven of the largest U.S. companies reported paying out almost half a billion dollars because of last season’s flu, according to Jason McGorman, an analyst at Bloomberg Intelligence.

“It wasn’t that it was a particularly bad virus that if you got it you were more likely to die than in previous years. There were just a lot more cases,” Brammer said of last season. “When you have a lot more people get sick, you have more people who are hospitalized and more people who die.”

That’s not happening this year, so far. The number of deaths in the U.S. attributed to pneumonia and influenza stood at 6.1 percent in the week ending Dec. 22, below the epidemic threshold, the CDC reported. So far, 11 children have died this season because of an influenza-related illness.

That underscores the most crucial piece of information at this point, Brammer said. “The main thing right now is to get vaccinated,” she said. “There is still plenty of flu season to come.”