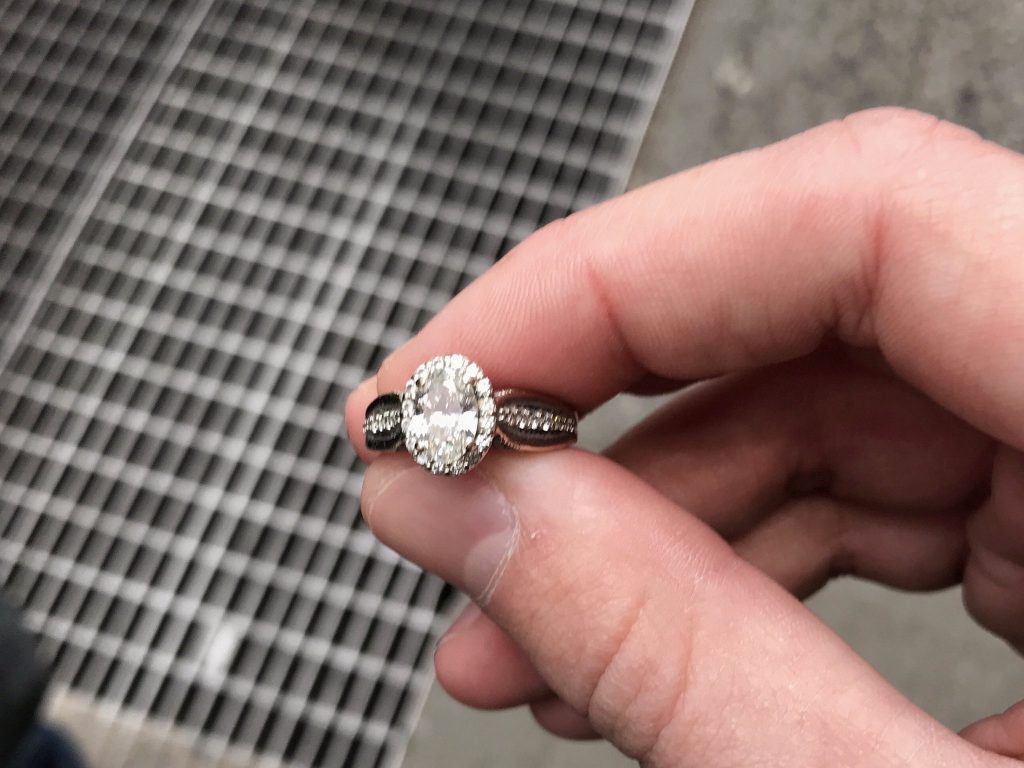 Police in New York City say they helped a couple ring in the new year by reuniting them with their missing engagement ring.

Officers noticed the ring in a grate on Eighth Avenue and 48th Street and recovered it with the help of the FDNY and a police emergency services unit.

The NYPD says in a tweet the couple was reunited with their ring Friday.