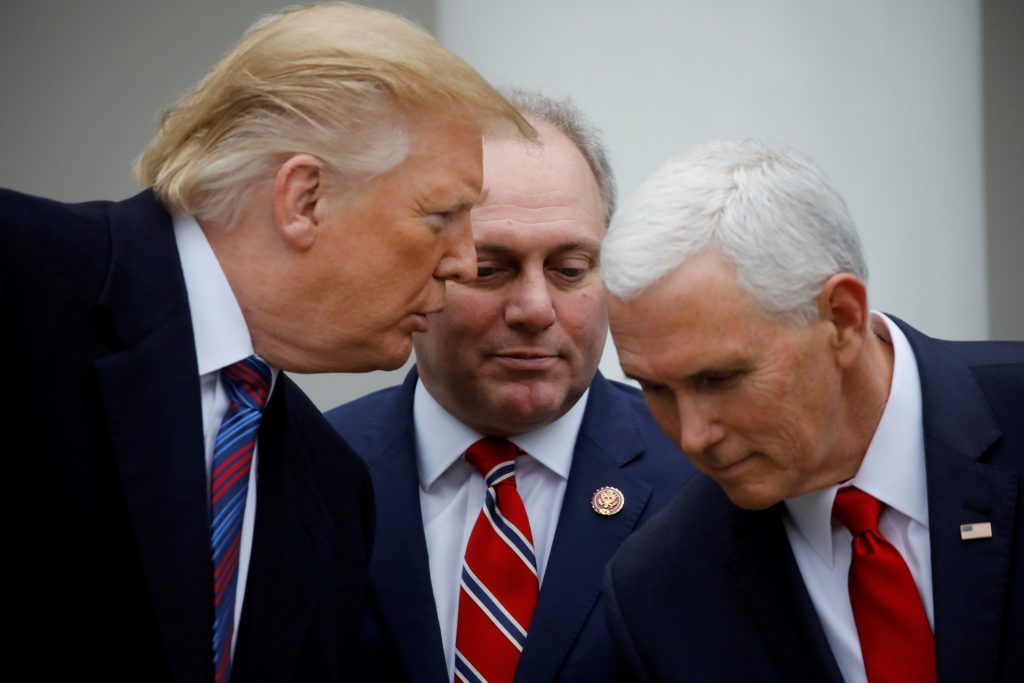 White House officials and congressional aides kicked off weekend talks aimed at ending a partial government shutdown that has dragged into a 15th day.

Vice President Mike Pence, who led the conversation, described Saturday’s session as “productive,” although no breakthrough was reached. The White House aides and Democratic and Republican staffers planned to return to the talks on Sunday.

Negotiations have been at an impasse over President Donald Trump’s demands for $5.6 billion to fund a wall at the U.S.-Mexico border.

Trump asserted on Friday that he could declare a national emergency to build the wall without congressional approval, but would first try a “negotiated process.” Trump previously described the situation at the border as a “national emergency” before he sent active-duty troops; critics described that as a pre-election stunt.

Trump said the federal workers who are furloughed or working without pay would want him to “keep going” and fight for border security. Asked how people would manage without a financial safety net, he said: “The safety net is going to be having a strong border because we’re going to be safe.”

Democrats expressed skepticism Friday that there would be a breakthrough.

“It’s very hard to see how progress will be made unless they open up the government,” said Senate Democratic leader Chuck Schumer of New York.

Trump confirmed to reporters that he privately told Democrats, in the Friday meeting with congressional leaders, that the shutdown could drag on for “months or even years.”

A variety of strategies are being floated inside and outside the White House. Among them is the idea of trading wall money for a deal on immigrants brought to the country as young people and now here illegally. But Trump made clear during his news conference that talk on DACA, the Deferred Action for Childhood Arrivals program, would have to wait.