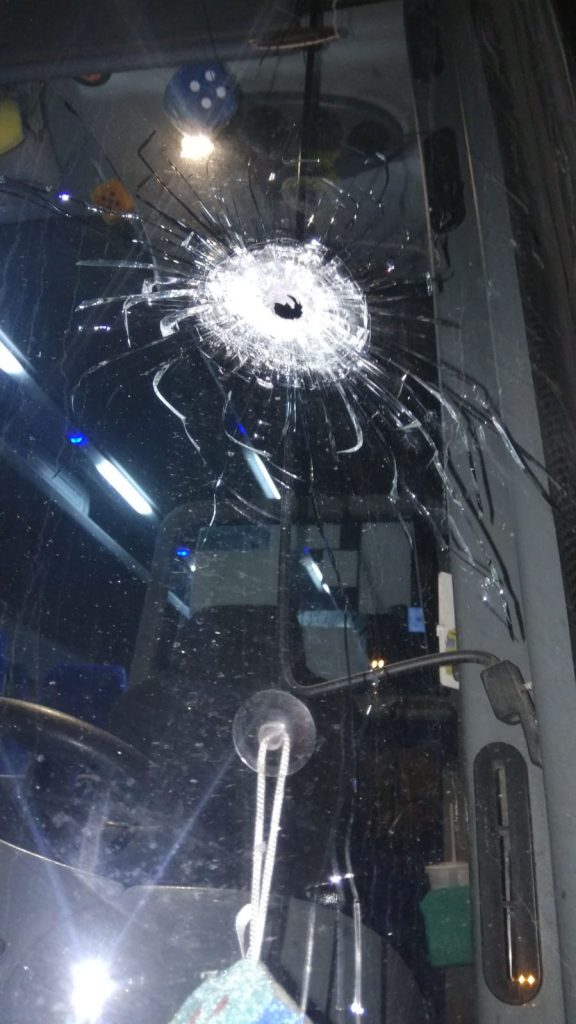 Israeli Defense Forces reported a shooting near Beit El in which the driver was lightly injured by shrapnel when three bullets hit the bus. An accident incurred when the windshield was hit, but there were no reports of life threatening injuries.

Hatzalah reported that the Israeli bus driver was lightly injured by shrapnel which hit his face as the glass from the windshield shattered.

The army is searching the entire area for the suspects in the attack.