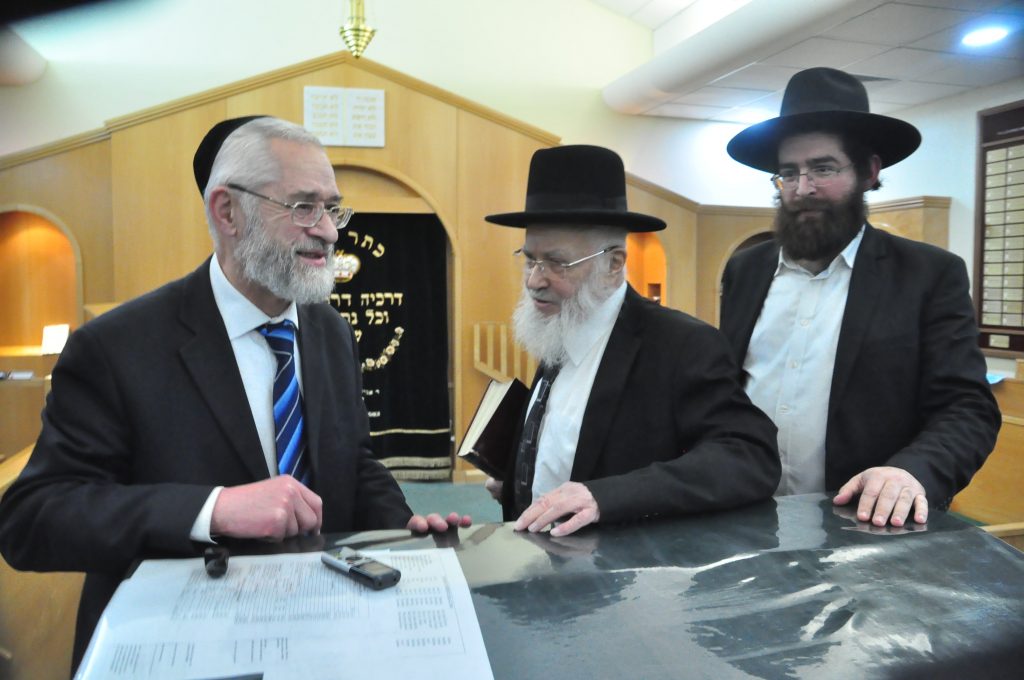 The Manchester Yarchei Kallah, organised by Ziv HaTorah, celebrated its 28th annual event during the recent December bank holiday. The two-day program, held in the Stenecourt beis medrash, attracted close to 100 people with its panel of distinguished speakers.

Rabbi Yossi Moore, a lecturer in halachah at End Your Day, had the innovative idea of dividing each of his two shiurim into two parts, thereby giving the participants a taste of each of the four sections of Shulchan Aruch.

Rabbi Yehoshua Jacobson, author of Vacation Halachos, spoke on the topic of “The fine for stealing a mitzvah.”

Rabbi Moshe Santhouse of Ziv HaTorah, who organised the Yarchei Kallah, delivered four Gemara shiurim on the theme of “Mitzvos tzrichos kavanah” – whether there is a critical requirement to have intent to fulfill the mitzvah before performing the act. The shiurim brought out the sources in the Gemara of the opposing opinions in the Rishonim how to pasken, proofs whether the requirement of intent is Torah law or Rabbinic, and whether a person fulfills the mitzvah if he had intent not to do so.

Rabbi Yosef Ahron Royde, author of Toras Mo’ed, spoke on the mitzvah of paying workers on time, pointing out many fine details that make all the difference between losing and gaining the mitzvah.

The successful event culminated with an inspiring shiur by Rabbi Pinchos Roberts, formerly Rav of Hendon Adass, on the power of prayer. He described the intense devotion needed, the efficacy of a prayer even after many years, and the power of the prayer of even an “ordinary” Jew. This topic, which is of such monumental importance to our people, was a most appropriate ending to a highly successful and informative Yarchei Kallah.