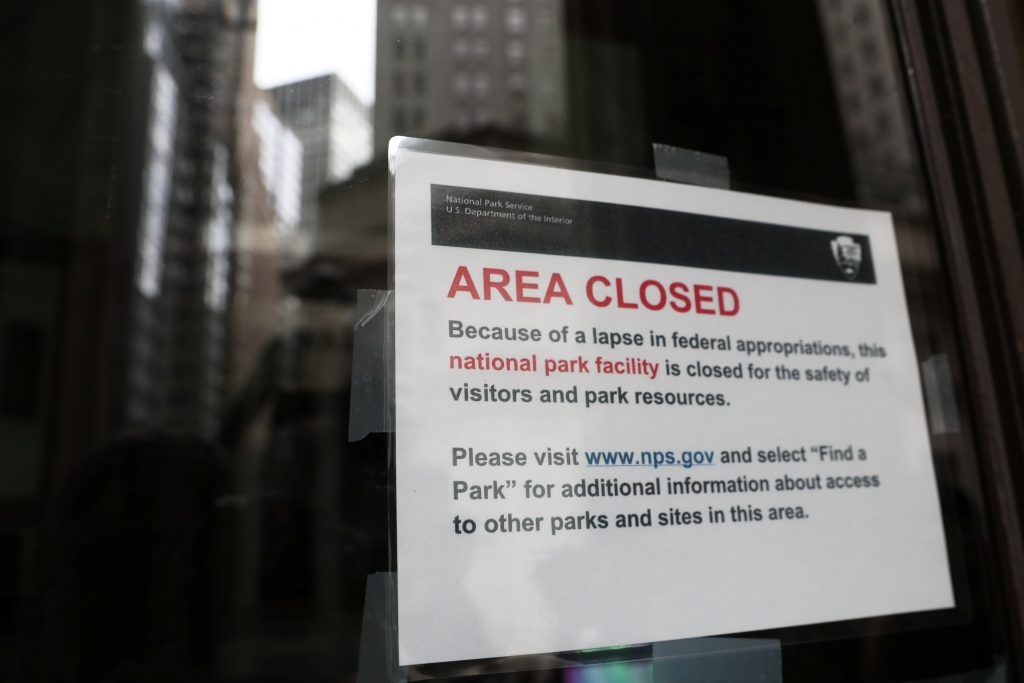 As a partial government shutdown hit the two-week mark, President Donald Trump and congressional leaders were scheduled on Friday to discuss ways to break an impasse pitting his demand for building a border wall against Democrats’ call for alternative security measures.

About 800,000 federal workers have been affected by the Dec. 22 closure of about one-quarter of the federal government as Trump withheld his support for new funding until he secures $5 billion to start building the wall along the U.S.-Mexico border that he promised during his campaign.

Such a wall, he has argued, is needed to stem the flow of illegal immigrants and drugs over the southwestern border. When he ran for president in 2016, he vowed Mexico would pay for the wall, which it has refused to do.

On Thursday, Trump tried to keep the pressure on Democrats, even as they gained significant new power with their takeover of the House of Representatives at the start of a new Congress.

“Build the Wall,” the president demanded on Twitter. In remarks to reporters that same day, Trump said: “You can call it a barrier. You can call it whatever you want. But essentially, we need protection in our country.”

As Trump dug in, so did opposition Democrats, leaving many to wonder just how much progress might be made during Friday’s White House meeting scheduled for 11:30 a.m.

“We’re not doing a wall,” Democrat Nancy Pelosi said late on Thursday, several hours after she was sworn in as the new speaker of the House of Representatives.

“It has nothing to do with politics. It has to do with a wall [that] is an immorality between countries. It’s an old way of thinking. It isn’t cost effective,” Pelosi added.

She noted that more federal law enforcement agents were needed to intercept illegal opioids and other “contraband” moving through U.S. ports of entry. She added more money was needed for the Coast Guard to beef up the U.S. presence in the Arctic at a time when Russia and China increasingly were on the prowl for that region’s natural resources.

Without a deal to end the partial government shutdown, the Department of Homeland Security will not be able to bring some furloughed workers back to their jobs, while others continue to be forced to work without paychecks for the time being.

An array of other federal agencies are similarly hobbled, including the Justice Department, Commerce Department and departments of Agriculture, Labor, Interior and Treasury.

Visitors to Smithsonian museums, among Washington’s most popular tourist attractions, were being turned away during the shutdown, as were visitors to many of the nation’s federal parks.