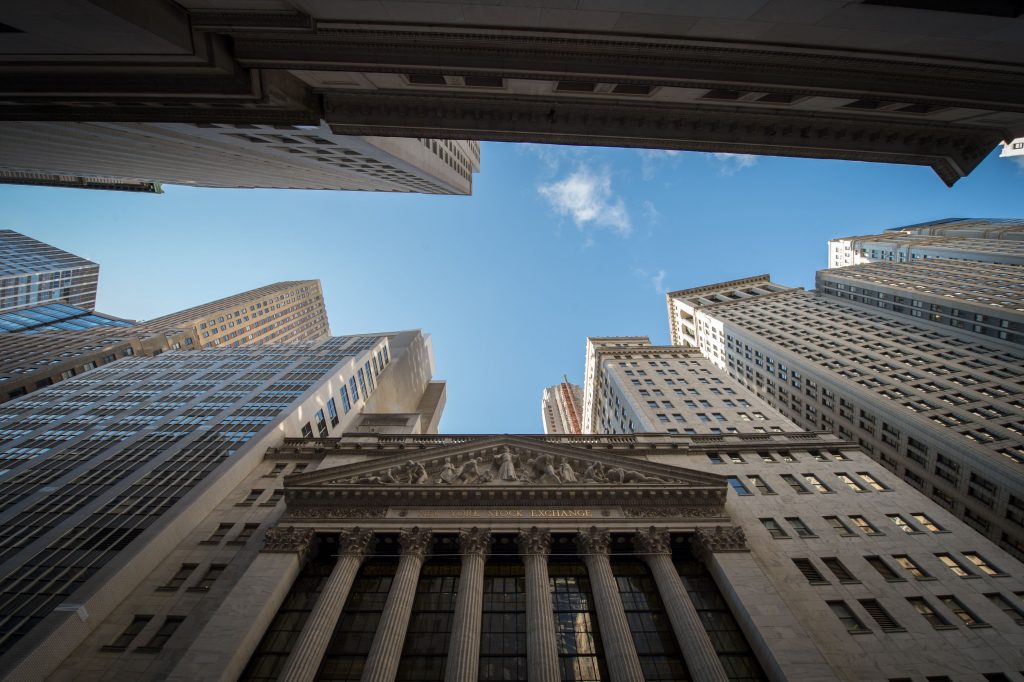 Global stocks are soaring Friday and reversing the big losses they suffered just a day ago. The Dow Jones Industrial Average soared almost 600 points in the latest twist in a wild three months for markets.

Hopes for progress in the U.S.-China trade dispute, a strong report on the U.S. jobs market and comments from the head of the U.S. central bank about its interest-rate policy all combined to cheer investors.

China’s Commerce Ministry said trade talks will be held Monday and Tuesday in Beijing and market watchers are once again looking for signs that the world’s largest economic powers will make progress toward resolving their dispute. The trade tensions have dragged on for nearly a year and uncertainty over their outcome has dragged down stock indexes around the world.

Meanwhile, the Labor Department said U.S. employers added 312,000 jobs last month, a far stronger result than experts had anticipated. U.S. stocks have tumbled over the last three months as investors worried that the economy might slow down dramatically because of a variety of challenges including the trade dispute and rising interest rates. The stock market’s plunge also threatened to shake up the confidence and spending plans of businesses and consumers. Some analysts said investors were acting as if a recession was on the horizon, despite a lack of evidence that the U.S. economy is struggling.

Stocks rose even further after Federal Reserve Chairman Jerome Powell said the central bank will be flexible in deciding if and when it raises interest rates. He added that the Fed is open to making changes in the way it shrinks its giant portfolio of bonds. Investors were recently rattled when Powell seemed to suggest the Fed was intent on raising rates further after gradual increases over the past three years. He also implied the Fed didn’t plan to make changes to the runoff of the bond portfolio.

The U.S. and China have raised tariffs on billions of dollars of each other’s goods in a fight over issues including Beijing’s technology policy, which Washington alleges is predatory. Last month, President Donald Trump and Chinese leader Xi Jinping agreed to a 90-day ceasefire as a step toward defusing tensions.

Technology companies, banks, health-care and industrial companies all made strong gains. Microsoft rose 4.4 percent to $101.70 and Deere gained 3.7 percent to $149.31. Retailers and internet companies rose as well, with Amazon up 4.1 percent at $1,561 and Google’s parent company, Alphabet, rising 4.1 percent to $1,067. Most of the companies in those industries stand to do better in times of faster economic growth.

On Thursday, the S&P 500 fell 2.5 percent after Apple said iPhone sales in China are falling and a survey suggested U.S. factories grew at a weaker pace. Technology companies took their biggest losses in seven years.

Smaller and more-U.S.-focused companies did even better than larger multinationals. The Russell 2000 index surged 41 points, or 3.1 percent, to 1,372. Smaller companies have fallen further than larger ones in the last few months as investors got nervous about how the U.S. economy will perform in 2019 and 2020.

Bond prices also changed course and moved sharply lower. The yield on the 10-year Treasury note rose to 2.65 percent after it plunged to 2.55 percent Thursday, its lowest in almost a year. That helps banks, as higher interest rates allow them to make bigger profits on mortgages and other loans.