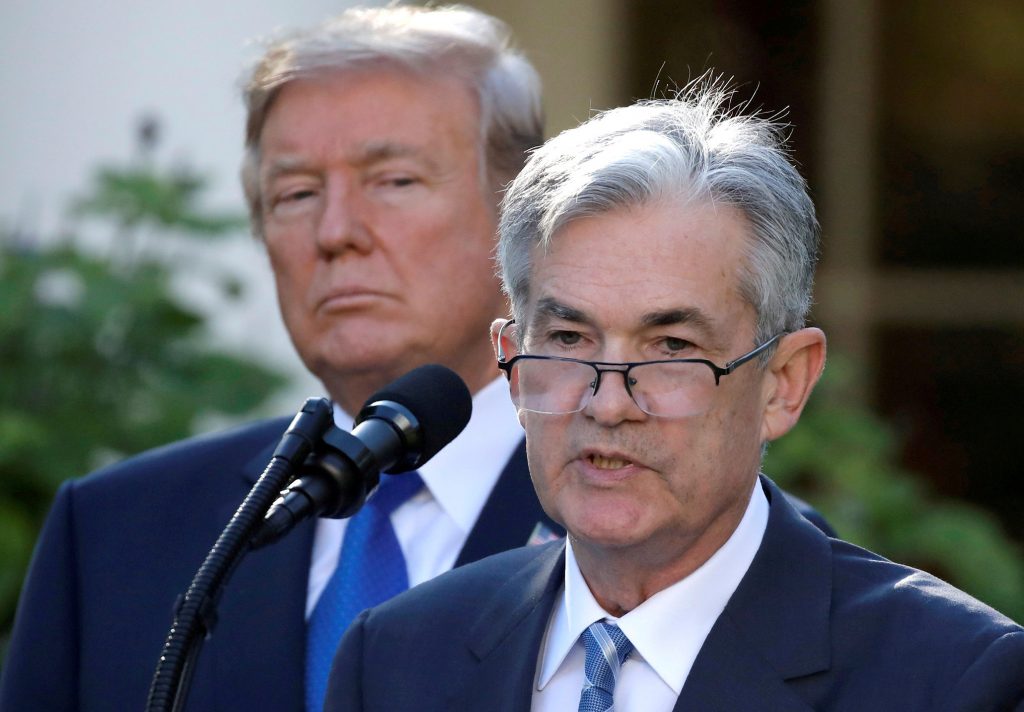 Federal Reserve Chairman Jerome Powell said Friday that he will not resign if asked to do so by President Donald Trump, a message that heartened investors who had been concerned by Trump’s repeated attacks on his hand-picked choice to lead the nation’s central bank.

Appearing on a panel in Atlanta with his two predecessors — Janet Yellen and Ben Bernanke — Powell said the central bank intends to be flexible going forward in determining when to hike its key policy rate. He also said that the Fed could alter its approach to trimming its huge balance sheet if it determines such a change is needed.

The pace of Fed rate hikes and the lowering of the balance sheet, which tends to put upward pressure on interest rates, had both been concerns of investors in recent months. The stock market has seen stomach-churning declines since October, a development that Trump has blamed on the Fed’s continued rate hikes, although the president’s trade dispute with China as well as concerns about global economic growth also played a part in the market volatility.

Trump’s attacks had become so intense that they had raised concerns that he might be considering firing Powell, a development which could send the market into a further tailspin.

Asked if he would resign if Trump asked him to do so, Powell responded with a short “no.”

The Dow Jones Industrial Average added about 200 points during Powell’s appearance and was up about 600 points around 11:20 a.m. A strong U.S. jobs report and hopes that upcoming talks between the U.S. and China could pave the way for an end to the trade dispute also buoyed investors.

While Trump has sent out a number of tweets criticizing Powell and calling the Fed his biggest threat, Powell said that he had not received any direct pressure from the White House. Asked if he had had any face-to-face meetings with Trump, Powell said he had not although he said previous Fed leaders have had discussions from time to time with previous presidents.

Asked if any future meeting with Trump was scheduled, Powell said, “I have no news on that. Nothing is scheduled.”

Powell’s remarks came on a day when the government reported that the economy created a sizzling 312,000 jobs in December despite all the problems last month in terms of a falling stock market, rising trade tensions with China and at the end of the month a partial government shutdown.