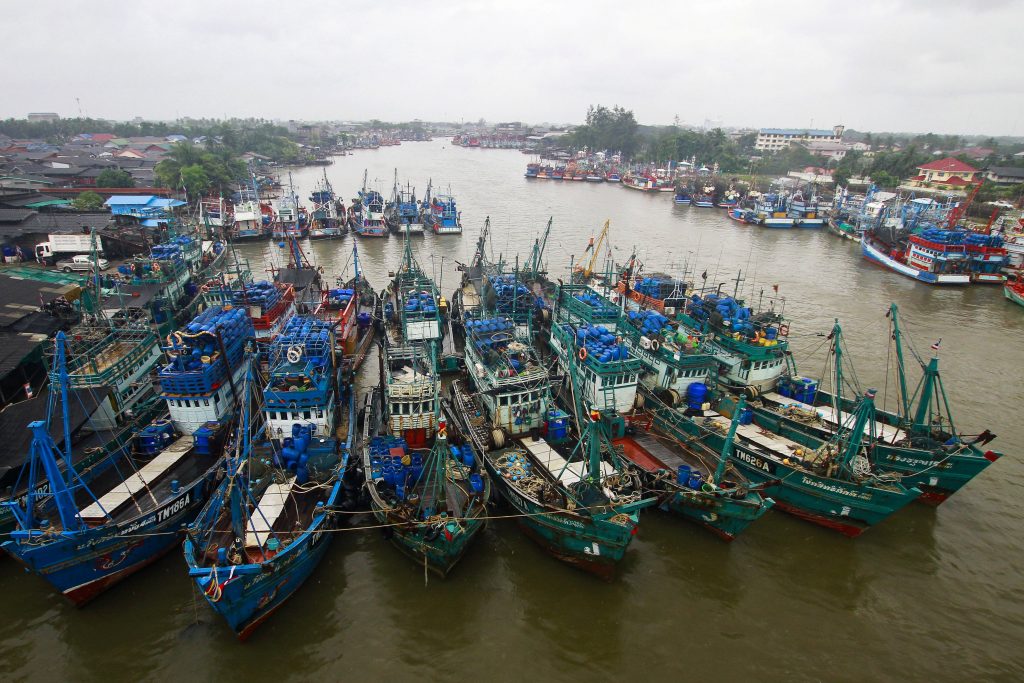 Thai authorities suspended ferry services and began evacuations Thursday ahead of a powerful tropical storm that is expected to pound the Southeast Asian nation’s famed southern beach resorts during a peak tourism season.

Rain was already falling around the Gulf of Thailand and officials warned that torrential downpours, strong winds and rough seas were expected in 16 provinces when tropical storm Pabuk makes its expected landfall on Friday.

There are fears that the storm will be the worst to hit Thailand since 1989, when Typhoon Gay left more than 400 dead. A tropical storm in 1962 killed more than 900 people in the south.

In what was possibly related to the storm, a Russian tourist in Koh Samui drowned Wednesday as he tried to rescue his daughter, who was struggling in strong surf. Thai PBS news channel reported that the daughter survived but her father lost consciousness after being tossed against some rocks and couldn’t be revived by rescuers.

“There will be heavy rainfall and we have to be prepared for flooding or an impact on transportation,” Prime Minister Prayuth Chan-ocha said. “We are ready ourselves, but if the rainfall is high we will need some time to resolve problems.”

He later held a video conference with the governors of the 16 provinces to discuss preparations for the emergency, including digging canals to run off floodwaters, mobilizing rescue vehicles, ordering all boats to be docked, and readying medical facilities.

Thailand’s Meteorological Department said the storm will lash southern Thailand’s east coast from Thursday to Saturday, with the two provinces of Surat Thani and Nakhon Si Thammarat expected to be hardest hit. Surat Thani is home to the popular tourist islands of Koh Samui, Koh Tao and Koh Phangan.

The department said the storm was moving west into the Gulf of Thailand with maximum winds of 40 miles per hour. It said waves 10- to 16-feet ( 3- to 4.8-meters) high were possible in the Gulf of Thailand and 6 to 10 feet high in the Andaman Sea on the west coast. It warned of strong winds and storm surges on the gulf side and said all ships should stay berthed on land through Saturday.

Southern Thailand’s tourist industry is a huge moneymaker, and authorities have become particularly sensitive to visitors’ safety since last July, when 47 Chinese tourists drowned when the boat they were on sank in rough seas near the popular resort of Phuket in the Andaman Sea.

Fishing is another major industry in the south, and small boat owners were heeding the warning. Many dragged their vessels ashore, attaching ropes to the boats and having friends help tug them on to beaches.

Two natural gas production platforms in the Gulf of Thailand directly in the path of the storm suspended operations and had their personnel evacuated to shore, said the exploration and production arm of the That state oil company PTT. It said drilling rigs and vessels had been moved to unaffected areas, and gas production at a third platform remained operating to help meet energy needs.

According to Vietnamese state media channel VTV, authorities ordered people to take precautions and sent radio alerts to thousands of fishing boats to take shelter or return to shore. They had forbidden new boat departures in five southern coastal provinces since Tuesday.