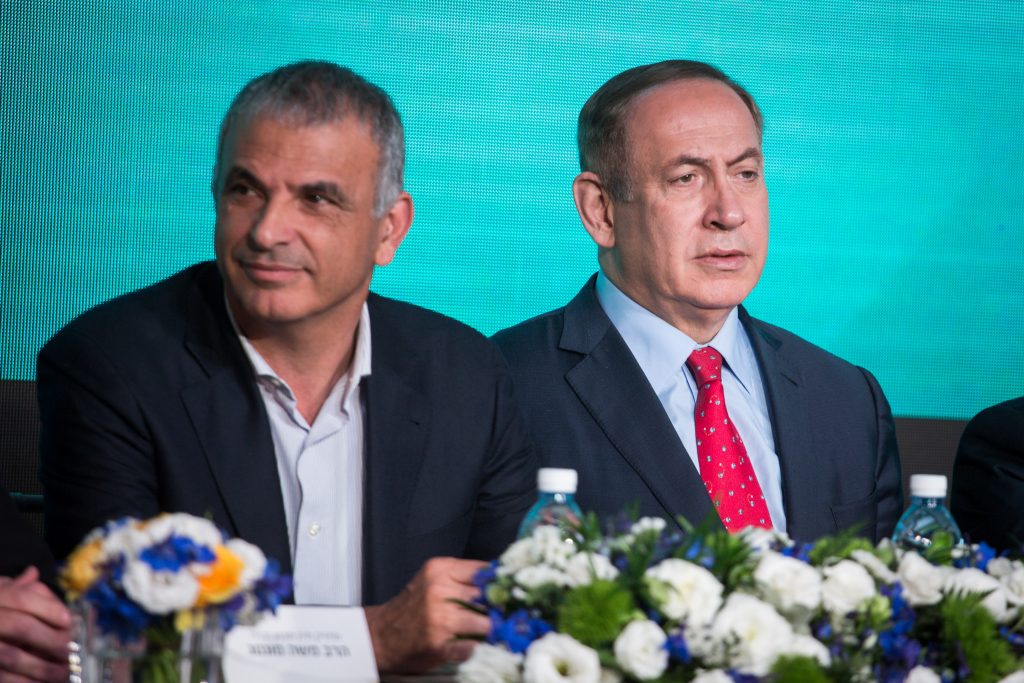 The Israeli electoral field is particularly crowded this year, with a slew of new parties announced since the decision to go the polls – but a report on Channel 20 Thursday said that there is a move afoot in the Likud to eliminate at least one party from the field. That would be Moshe Kahlon’s Kulanu, which, the report said, would be absorbed into the Likud.

According to the report, a petition has been circulating in the Likud to make an offer to Kahlon that would entail Prime Minister Binyamin Netanyahu reserving four spots in the top 20 names on the Likud list for Kahlon. The move, said the report, would seek to bring in votes from the center that might go to Kahlon, but might also be lost to Benny Gantz or Moshe Yaalon.

Kahlon was actually a former Likud MK, and his deputy, Economy Minister Eli Cohen, is also a “loyal Likudnik by nature,” Channel 20 said. New polls show Kulanu losing a significant amount of strength in the next election, with some showing the party hovering around the electoral threshold. The report said that the idea is not universally popular in the Likud, “as four prime spots in an already crowded field won’t be available for aspiring MKs, but if the polls show that the move strengthens the Likud and promises Netanyahu will form the next government, it will be worth the effort,” Channel 20 analysts said.

On Kahlon’s side, the analysts said, is how he would react if Netanyahu were indicted in one of the cases against him – after declaring that he would not be part of a government in which a prime minister was indicted. “That is something he would have a problem with now, but as a member of the Likud, he would be able to say that despite his personal feelings, he is required to follow party discipline – so that would no longer be an issue,” the analysts said.

Channel 20 said that Kulanu has denied the reports of an offer from the Likud, “but it should be remembered that there have been numerous surprise changes in the past weeks” – among them the breakaway of Naftali Bennett and Ayelet Shaked from Jewish Home, and the surprise “divorce” of Labor from Tzipi Livni, the report said.