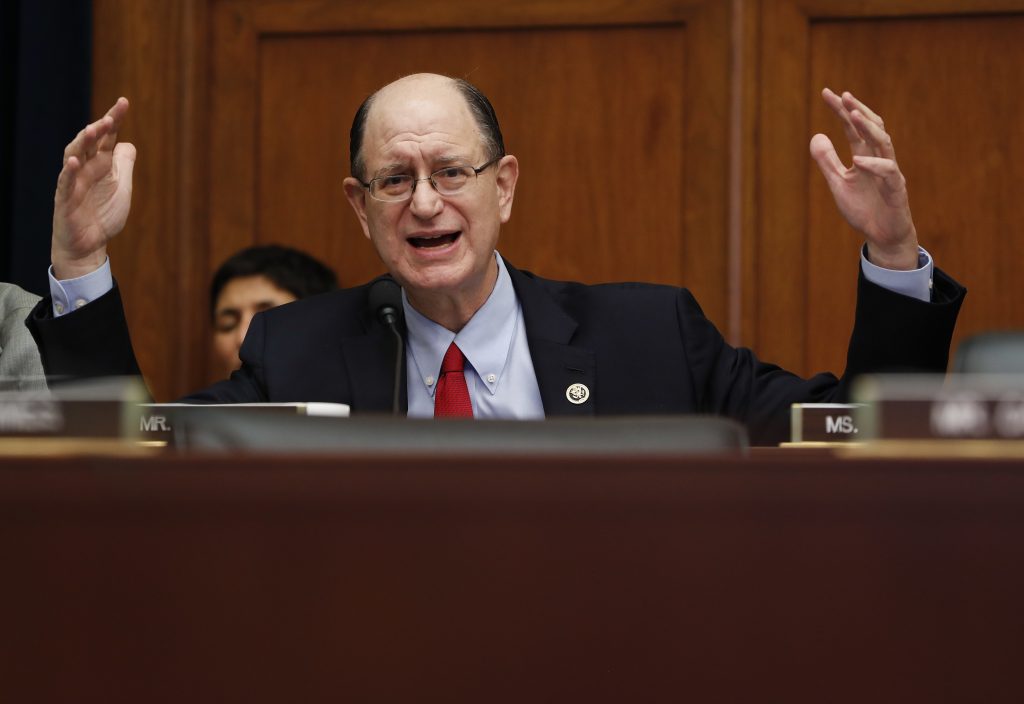 Rep. Brad Sherman plans to introduce articles of impeachment against President Donald Trump on Thursday, the first day of Democratic control of the House.

Sherman, D-Calif., is reintroducing a measure that he first rolled out in 2017. But this year it carries more political significance: The decision of whether to act on it rests with Democrats — not Trump’s Republican allies.

“There is no reason it shouldn’t be before the Congress,” Sherman said. “Every day, Donald Trump shows that leaving the White House would be good for our country.”

Incoming House Speaker Nancy Pelosi has ruled out pursuing impeachment for now, saying she will wait for the outcome of the special counsel investigation. Any impeachment would have to be bipartisan and “the evidence would have to be so conclusive,” she said on PBS on the eve of the midterm election.

Pelosi has tried to tamp down impeachment talk because moderate Democrats have expressed concern that pursuing it would divide the party. Even if the House were to pursue impeachment, Republicans would all but certainly block it in the Senate.

But impeachment talk is likely to hang in the backdrop for the next two years in Washington, with some liberal Democrats calling to remove the president from office.

Sherman says he’s not worried that introducing the resolution — the first of what could be several articles filed — would box his colleagues into answering a difficult political question.

“Every member of the House will have to address (the issue) whether there are formal articles of impeachment pending,” he said.