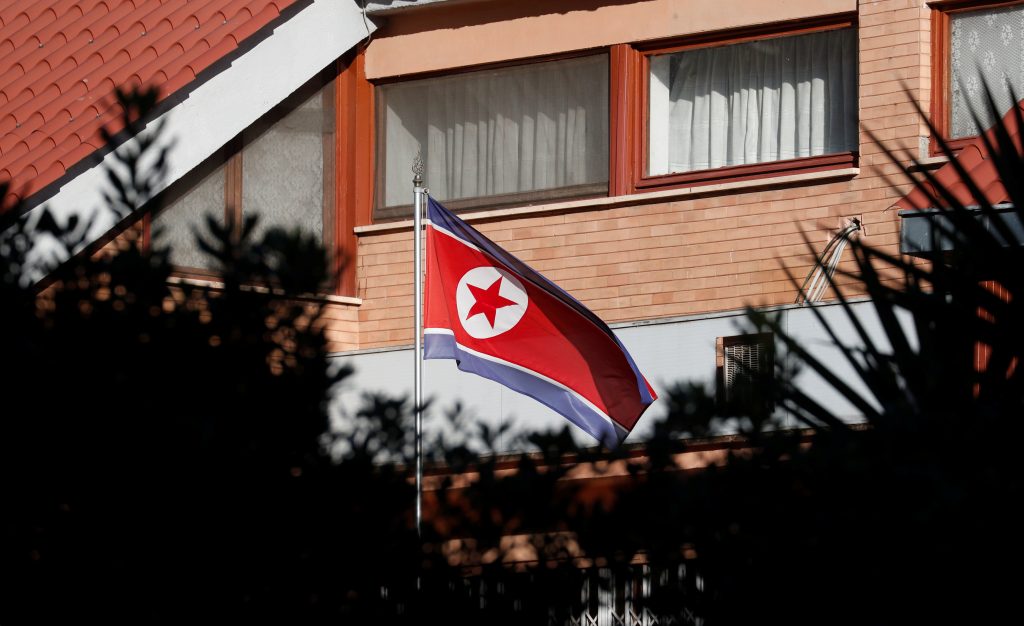 A North Korean diplomat who was until recently acting ambassador to Italy has gone missing, a South Korean member of parliament said on Thursday, after a South Korean newspaper reported he is seeking asylum in the West.

The diplomat, Jo Song Gil, disappeared with his wife after leaving the embassy without notice in early November, according to Kim Min-ki, a South Korean lawmaker who was briefed by the National Intelligence Service.

Earlier on Thursday, the JoongAng Ilbo newspaper, citing an unidentified diplomatic source, said Jo, 48, had applied for asylum to an unspecified Western country and was in a “safe place” with his family under the protection of the Italian government.

Kim told reporters he had some information about the case but could not discuss it.

“They left the diplomatic mission and vanished,” Kim said, referring to Jo and his family.

If confirmed, Jo would join a slowly growing list of senior diplomats who have sought to flee the impoverished, oppressive North under the rule of Kim Jong Un.

Thae Yong Ho, the North’s then-deputy ambassador to Britain, defected with his family to South Korea in August 2016, becoming the highest-ranking diplomat to do so.

Jo’s stint began in May 2015 and was due to finish at the end of November, lawmaker Kim said.

A source familiar with the matter, who asked to remain unnamed in order to speak about a sensitive political issue, told Reuters that Jo was officially replaced as acting ambassador by Kim Chon in late November.

The source could not confirm the JoongAng Ilbo report or whether Jo was still based in Italy.

South Korea‘s presidential Blue House said earlier on Thursday it had no knowledge of the matter.

A representative of the Italian embassy in Seoul, which is also responsible for North Korea affairs, did not have any immediate comment.

Italy said in a report it submitted to a U.N. panel monitoring the enforcement of sanctions in November 2017 that four diplomats were stationed at the North Korean embassy there, listing the acting envoy as first secretary.

The JoongAng Ilbo said Jo was with his wife and children. Citing an unidentified expert, it said he was known to be the son or son-in-law of a top-ranking North Korean official.

Thae, the former deputy ambassador to Britain, said in his 2018 memoir that was the main reason behind his defection, calling it a “hostage” scheme.

However, Thae also wrote there were some exceptions for those from the top echelons and who were seen as the most loyal to Kim.