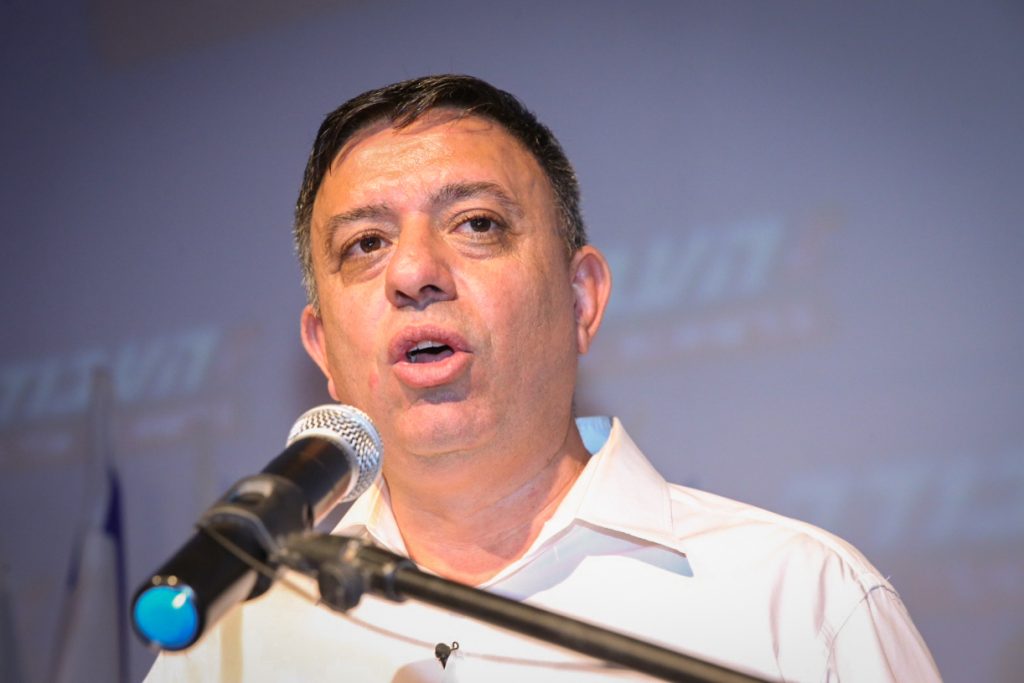 Polls taken by Labor after the surprise jettisoning of Tzipi Livni and Hatnu’a have shown that the move has not helped the party rise in the public’s estimation, at least so far – and as a result, activists in Labor are calling for the ejection of Avi Gabbay, chairman of the party, who apparently decided on the move himself.

Gabbay is not an MK, but as party chairman, he would likely be included in the Labor list in the upcoming April elections. Besides seeking to boot Gabbay off of the party’s top post, the activists are seeking to ensure that he does not reserve any spaces for himself or others on the list, Kan News reported.

The activists’ first opportunity to remove Gabbay would come next week, when a general meeting of Labor members is set to take place. In order to bring the matter up for a vote, the activists would need 1,000 signatures of active central committee members. Haaretz reported that while the group has not made any public statements on Gabbay’s leadership, the activists are associated with supporters of Amir Peretz, a former Labor MK who switched to Livni’s Hatnu’a Party – and now technically finds himself out of the party and on a list that, according to polls, is very unlikely to pass the electoral threshold.

On Tuesday Gabbay publicly “fired” Livni at a meeting of Zionist Camp MKs, declaring that it was her fault that the partnership between Labor and Hatnu’a would come to an end. “When former Labor chairperson Yitzchak Herzog resigned, Tzippy made it a condition of her continuing the partnership that she be named head of the opposition,” Gabbay said. “This generated much tension in the party, and even more,” as Labor MKs felt slighted that they were passed over for the top spot in the party in deference to Livni. She, in turn, blamed Gabbay, saying that he had sought to silence her at every opportunity. “I thought that this partnership would lead to unity, but all I hear from Gabbay is ‘me, me, me.’ Despite that, I agreed to partner with Zionist Camp,” she said.

In the wake of that public spectacle, numerous Labor MKs were upset with Gabbay. MKs were dissatisfied with the way the breakup was executed – in public, and in front of Livni, who heard about the decision as Gabbay announced it – as well as the breakup itself, which, a senior Labor Mk told the paper, many saw as a “mistake. I have no doubt that there are legal ways to remove Gabbay and give someone more worthy the opportunity to run the party. Many members are opposed to what he did and the way he did it, but they are afraid to say anything because it might harm the party. Also they are afraid Gabbay will get back at them,” Yisrael Hayom quoted a senior Labor MK as saying.

Speaking Thursday, Labor MK Eitan Cabel said that Gabbay needed to go. “In the business world he would have been out already. The situation is that under his leadership, a grand and historic movement is in danger of disappearing.”

In response, Labor said that “the mischief of Cabel is nothing new, he is the master of trying to have things both ways.” Internal polls taken Wednesday indicated that the absence of Livni has not done much for the fortunes of Labor, at least so far; Labor would get 7 to 8 seats if elections were held today.

In an interview Thursday, his first since the breakup, Gabbay told Yediot Acharonot that he had declared that he would never join a government led by Binyamin Netanyahu, and that Livni had refused to commit to that. “That was a big gap between us.”

When asked why he chose to dump Livni in the manner that he did, Gabay replied that “I grew up in a tough neighborhood, and I learned that when someone hits you, you hit them back, and you don’t run to make peace.”