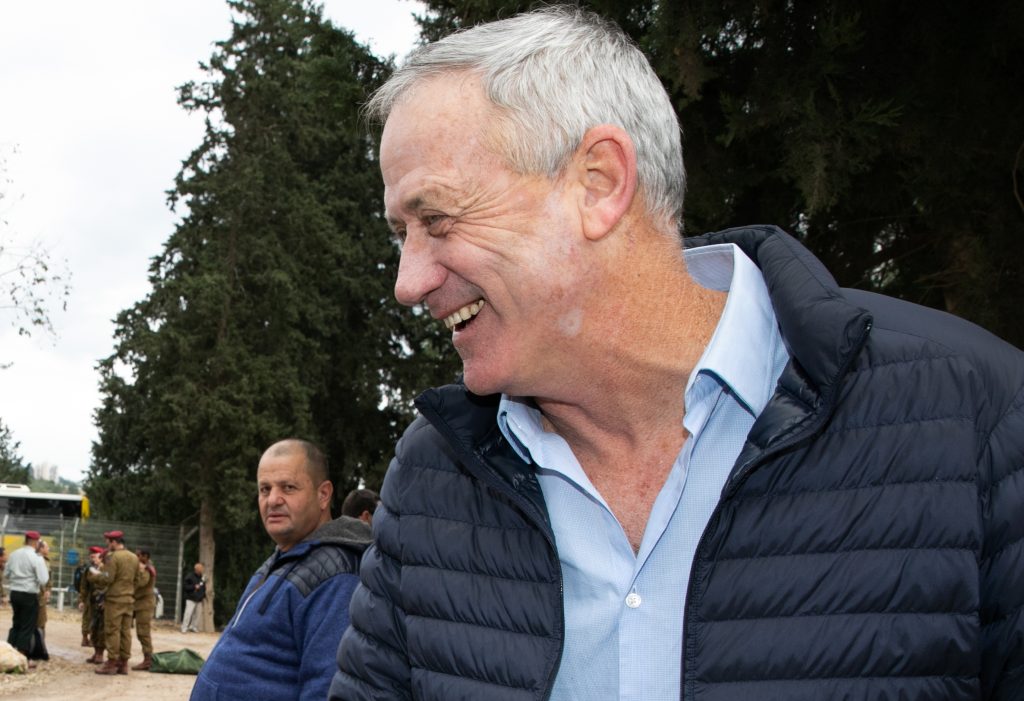 Former IDF Chief of Staff Benny Gantz has begun to emerge from the cocoon of high polling figures and talk about his positions on the issues facing the country.

Gantz, who has for a long time kept silent about policy matters, on Thursday evening expressed some of his views about Yehudah and Shomron in an interview recorded last February but not aired until now.

In the interview, Gantz says that some parts of Yehudah and Shomron will remain in Israeli hands under any future settlement with the Palestinians.

“I look at places like Gush Etzion, Ariel, Ofra, Elkana – they will stay [with Israel] forever.

“But [the question is] how we arrange that they will remain forever,” he added, indicating that he has no magic solution to the dilemma of making peace with the Palestinians, which has eluded so many before him.

His comment needs clarification, though. As The Times of Israel noted, “It was not immediately clear why Gantz chose those four names. While the Etzion bloc, comprising over 20 communities southeast of Yerushalayim, and Elkana east of Kfar Saba are both largely inside the consensus for coming under Israeli sovereignty in a future permanent accord, Ofra is located in the heart of Yehudah and Shomron. Ariel, with a population of some 20,000, is also considered by many Israelis to be sure to become part of the sovereign Jewish state, but it is also over ten miles east of the pre-1967 Green Line.”

As a taste of what’s in store for him as the political campaign gets under way, the former IDF chief was asked to comment on a speech he gave during the 2014 Gaza War in which he encouraged people who had left their homes in southern Israel amid the rocket fire to return. Just days later, however, a barrage from Gaza hit those communities and there were military and civilian casualties in the subsequent fighting.

Gantz explained that “I wanted to strengthen the residents of the Gaza border communities,” but admitted that he “slipped” in those comments.

He said he has not “run away from responsibility” for his words, asserted that his expectation at the time that quiet would be restored was borne out; a significant period of quiet was achieved in the south following the war, he said.

Gantz plans a major address next Thursday to fill in the public on where he stands, Haaretz reported.