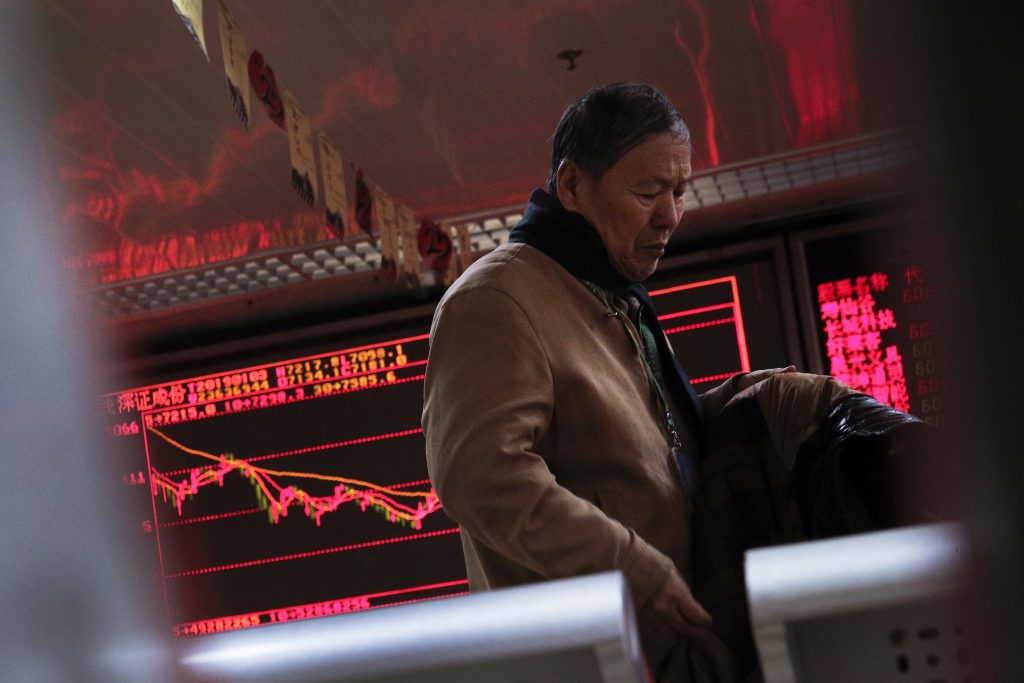 Asian markets were mixed on Thursday after tumbling more than 1 percent on the first trading day of 2019. Apple downgraded its sales projections, citing slowing Chinese growth, hitting technology shares in South Korea and Taiwan. The Japanese yen, seen as a relatively safe asset, strengthened against the dollar, euro and several other Asian and European currencies.

A turbulent day on Wall Street saw stocks plunging before recovering and finishing slightly higher. Surveys by China’s government and a major business magazine that showed Chinese manufacturing had slowed in December weighed on sentiment. Still, the broad S&P 500 index added 0.1 percent to 2,510.03 on Wednesday. The Dow Jones Industrial Average, which lost 398 points in the first few minutes of trading, closed 0.1 percent higher at 23,346.24. The Nasdaq composite rose 0.5 percent to 6,665.94. The Dow future contract was down 1.4 percent early Thursday and that for the S&P 500 lost 1.3 percent.

“A flight to safety following the series of aggravating releases since the turn of the year saw the rush into the yen this morning. Doubling down on Asia markets for a second day today would be the latest downward revision in Q1 guidance from tech giant Apple,” Jingyi Pan of IG said in a market commentary. “The already shaky foundation for Apple owing to the likelihood of the company’s products being enlisted into the tariffs scuffle saw their latest move to lower revenue outlook packing a punch for share prices,” she added.

Oil prices, which have fallen about 40 percent since last October, settled after jumping at the start of the year. Benchmark U.S. crude shed 92 cents to $45.62 per barrel in electronic trading on the New York Mercantile Exchange. The contract jumped 2.5 percent to $46.54 per barrel on Wednesday. Brent crude, used to price international oils, lost 61 cents to $54.30 per barrel. It added 2.1 percent to $54.91 per barrel in London.