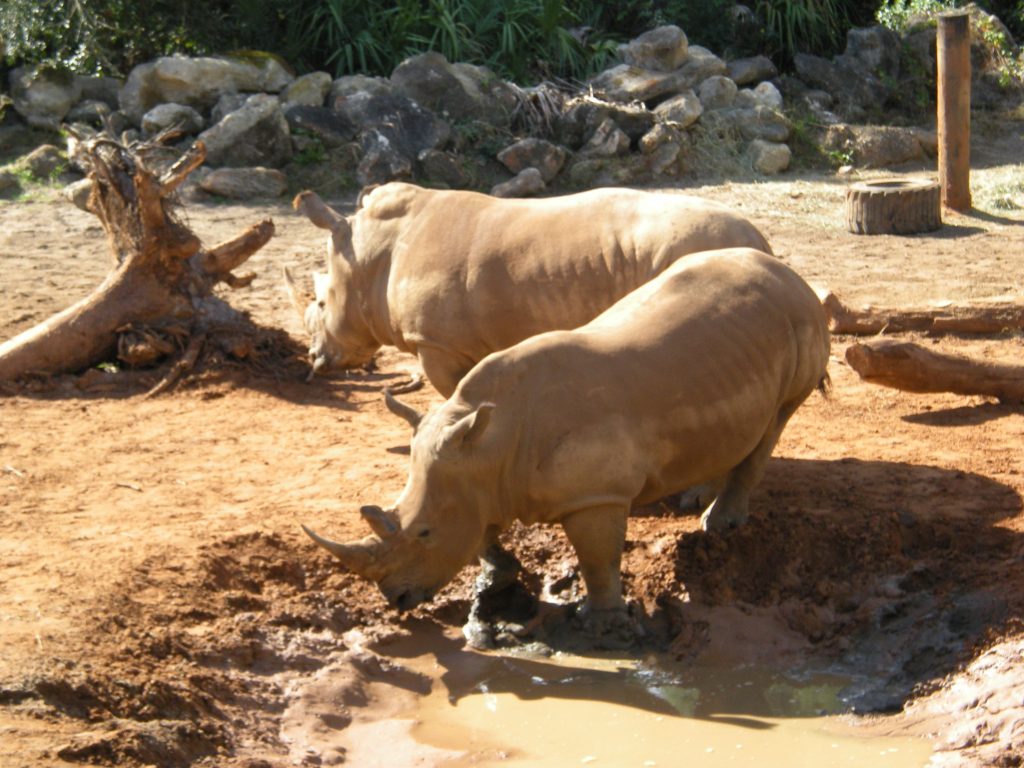 A zoo where a toddler stumbled into a rhinoceros enclosure is suspending exhibits offering “premium” animal experiences while officials review safety protocol.

The Brevard Zoo announced the suspension of the Rhino Encounters exhibit and similar displays in a statement Wednesday.

The 2-year-old girl was taken to a hospital for treatment Tuesday after she stumbled through steel poles separating the rhinos and spectators.

Officials at the zoo on Florida’s Space Coast say a rhino’s snout touched the girl before she was retrieved in a matter of seconds from the exhibit.

The girl’s father said in a statement Wednesday that his daughter is doing well.