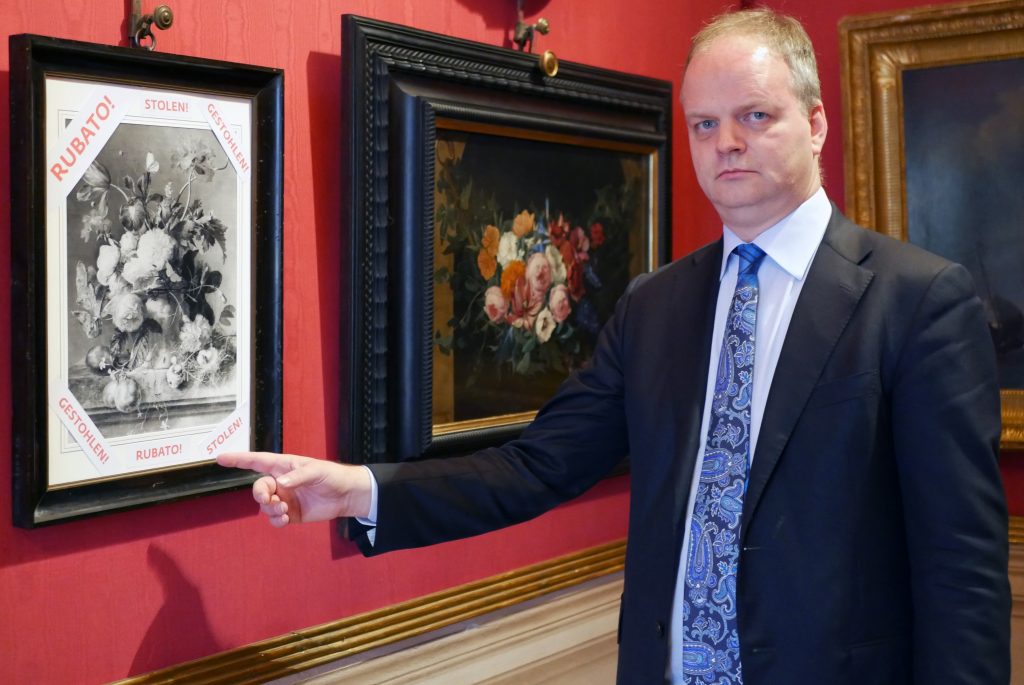 The director of the Uffizi Gallery in Florence is urging Germany to return a Dutch masterpiece stolen by Nazi troops during World War II, dramatizing its absence by hanging a black-and-white photo of the work with the label “Stolen” in three languages.

Eike Schmidt said in an appeal on Tuesday that the still-life “Vase of Flowers” by Dutch artist Jan van Huysum is in the hands of a German family who hasn’t returned it despite numerous appeals. Instead, intermediaries for the family have demanded payment for its return to Italy.

“The painting is already the inalienable property of the Italian State, and thus cannot be ‘bought,'” Schmidt said.

The oil painting had been hanging as part of the Pitti Palace collection in Florence from 1824 until the outbreak of World War II. It was moved for safety during the war but was stolen by retreating German troops. It didn’t surface again until Germany’s reunification in 1991, when the offers to sell it back to Italy began.

“This story is preventing the wounds inflicted by World War II and the horrors of Nazism from healing,” said Schmidt, who is German. “Germany should not apply the statute of limitations to works of art stolen during the war, and it should take measures to ensure that those works are restored to their legitimate owners.”

He called it Germany’s “moral duty” to return to the artwork, adding, “I trust that the German government will do so at the earliest opportunity, naturally along with every other work of art stolen by the Nazi Wehrmacht.”