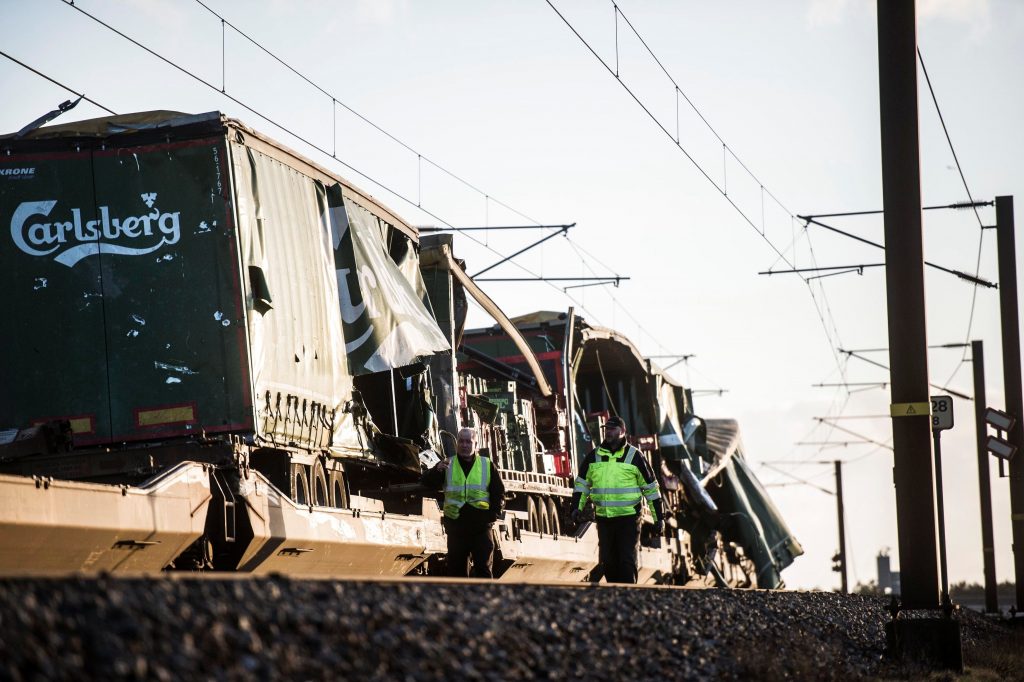 Six people were killed in a rail accident on a bridge linking Denmark’s two main islands on Wednesday when a train was hit by debris from a passing freight train, officials said.

Police said 16 people were injured. The train heading towards the capital with 131 passengers on board when it was hit by what could have been tarpaulin, said Banedanmark, which maintains and controls traffic on the railway network.

“There was a very, very loud bang and then the train stopped,” a witness who had been onboard the train with his daughter told broadcaster TV2.

The accident happened shortly before 7:35 a.m. (local time), police said in a statement, adding that police and emergency workers were at the scene.

A Carlsberg spokesman said a freight train operated by DB Cargo, the logistics arm of the German railway company Deutsche Bahn, carrying goods for Carlsberg between its Fredericia brewery and Copenhagen, had been involved in the accident.

A severe storm made it difficult for emergency services to reach the train which had stopped on the Great Belt fixed link between Zealand and Funen, Denmark’s two major islands.

An emergency center was established in the town of Nyborg at the western end of the bridge. Fatal accidents are rare on the country’s highly developed rail network.

“Terrible train accident on the Great Belt Bridge in Denmark as a result of the storm Alfrida. Our thoughts are with the injured and with the families and relatives of the dead,” Swedish Prime Minister Stefan Löfven said in a tweet.

The bridge was closed for both trains and vehicles towards the island of Funen, while car traffic towards Zealand had opened again.

The 13-mile long bridge across the Great Belt carries around 21,000 train passengers every day and more than 27,000 vehicles crosses the bridge each day.

The bridge is part of infrastructure that links Denmark and Sweden to Germany.