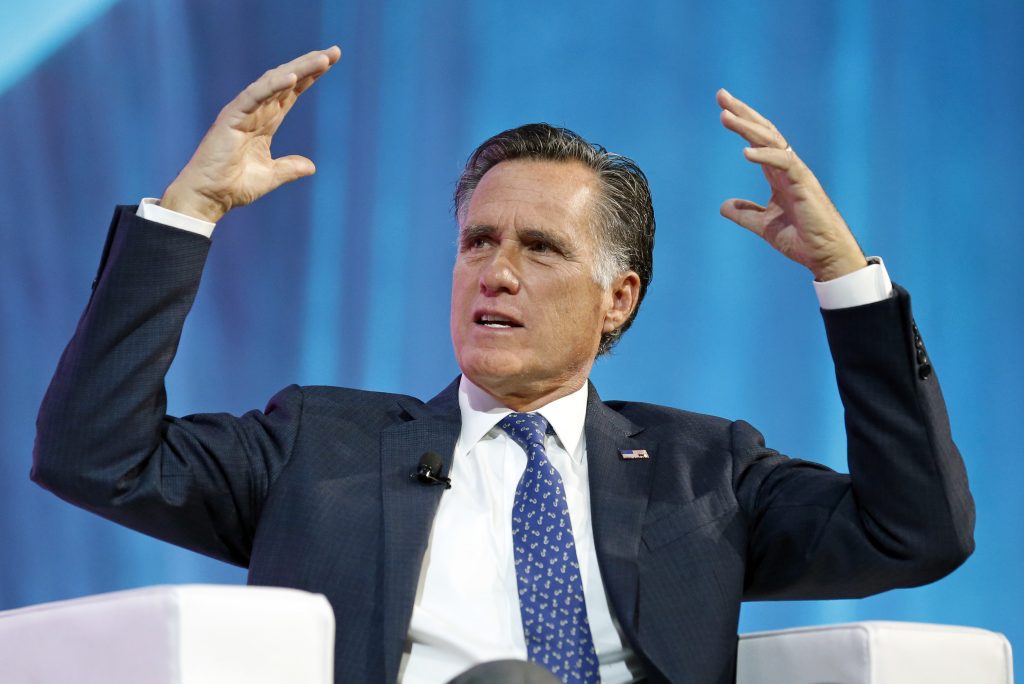 Days away from joining the Senate’s Republican majority, Sen.-elect Mitt Romney broadly criticized President Donald Trump’s policies and character and argued that the president “has not risen to the mantle of the office.”

“With the nation so divided, resentful and angry, presidential leadership in qualities of character is indispensable,” the Utah Republican and 2012 presidential nominee wrote in a Washington Post op-ed posted online Tuesday night. “And it is in this province where the incumbent’s shortfall has been most glaring.”

Romney’s biting public assessment came as Trump and Senate Republicans faced a new governing dynamic. Republicans on Thursday will cede control of the House to Democrats, who were prepared to oppose Trump on a number of policies and promised a slew of investigations into his actions and those of his aides and campaign officials, particularly with regard to Russia’s election meddling.

Romney, a former Massachusetts governor, had criticized Trump before — notably, in a March 2016 speech he called Trump a “fraud” and opposed his bid for the GOP nomination — but later he made peace with the president-elect and even expressed interest in joining his administration.

Romney’s rebuke of Trump drew a cutting reply from Brad Parscale, Trump’s campaign manager. In a tweet Tuesday night, Parscale said Romney “lacked the ability to save this nation” and contended that Trump “has saved it.”

“Jealously is a drink best served warm and Romney just proved it,” Parscale wrote. “So sad, I wish everyone had the courage.”

In the column, Romney offered approval of Trump’s corporate tax policies and efforts to cut regulations, appoint conservative judges and other “policies mainstream Republicans have promoted for years. But policies and appointments are only a part of a presidency.”

“To a great degree, a presidency shapes the public character of the nation,” Romney said. He later added: “With the nation so divided, resentful and angry, presidential leadership in qualities of character is indispensable. And it is in this province where the incumbent’s shortfall has been most glaring.”

While saying Trump’s early administration appointments had been encouraging, Romney added that, “on balance, his conduct over the past two years, particularly his actions this month, is evidence that the president has not risen to the mantle of the office.”

In describing a “deep descent” by the Trump presidency in December, Romney cited the departures of Defense Secretary Jim Mattis and White House chief of staff John Kelly and what he called the appointment of people of lesser experience, the abandonment of allies, and Trump’s “thoughtless claim that America has long been a ‘sucker’ in world affairs.”

Looking ahead, Romney wrote that he would act as he would with any president from either party in the White House, supporting policies he believes are in the best interest of the country and his state and opposing those that are not. And he said he didn’t intend to comment on every tweet or fault.

Romney will be sworn in as a senator on Thursday.