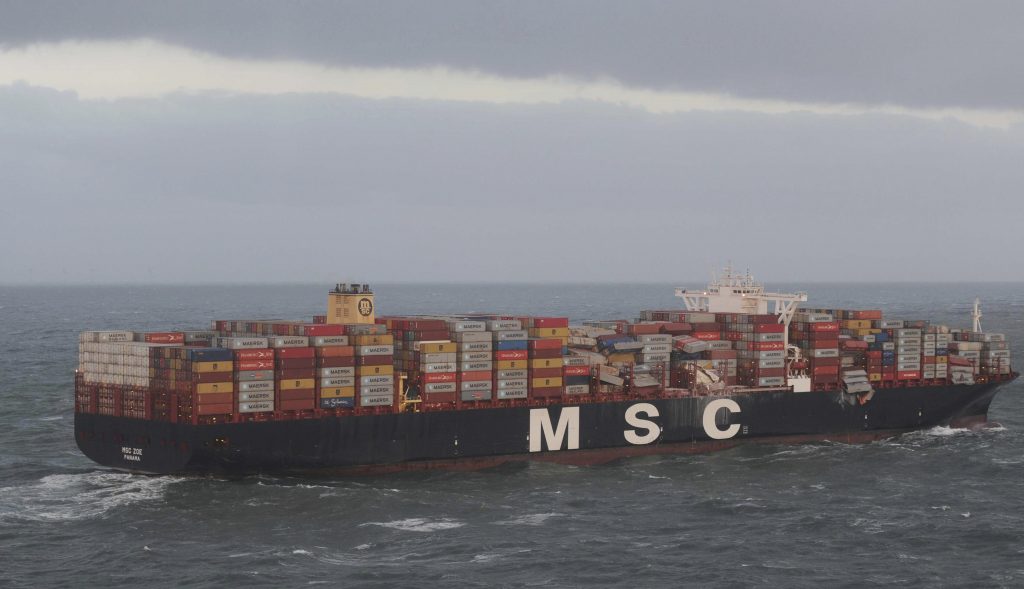 Dutch authorities are warning the public to stay away from some of the 270 containers that a cargo ship lost off the northern coast of the Netherlands because they contained a hazardous chemical.

The container ship is suspected to have lost cargo that included toys, light bulbs and flat screens during an overnight storm off the coastal border between Germany and the Netherlands.

German maritime officials identified the ship as the MSC Zoe.

By mid-afternoon on Wednesday, more than 20 containers had washed ashore on the Wadden Islands, a North Sea archipelago.

Some beaches on the islands already saw a surge of curious people checking out what washed up.