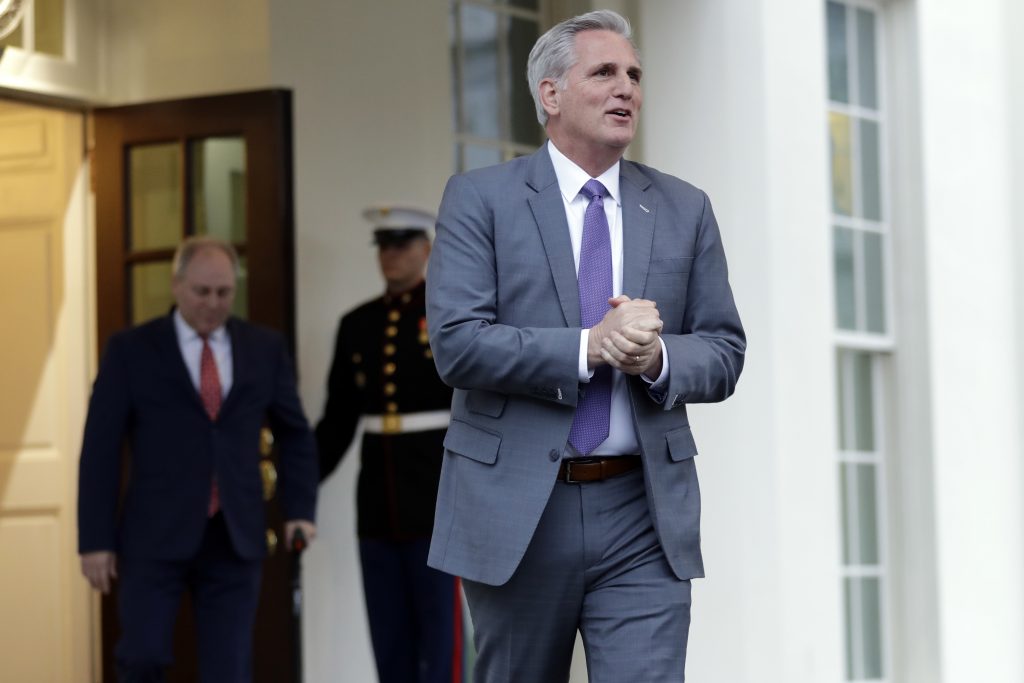 Republican congressional leaders say the president has asked them and top Democrats to return to the White House on Friday for a second briefing on border security as the partial government shutdown continues.

McCarthy says Senate Democratic leader Chuck Schumer interrupted multiple times and that the president now wants them to return on Friday, after the congressional leadership races.

The partial government shutdown began on Dec. 22 after Trump refused to sign a budget deal that didn’t include billions of dollars for his long-promised and long-stalled southern border wall.

He’d described the briefing as an opportunity for border officials to make their case to Democrats on the need for a wall.