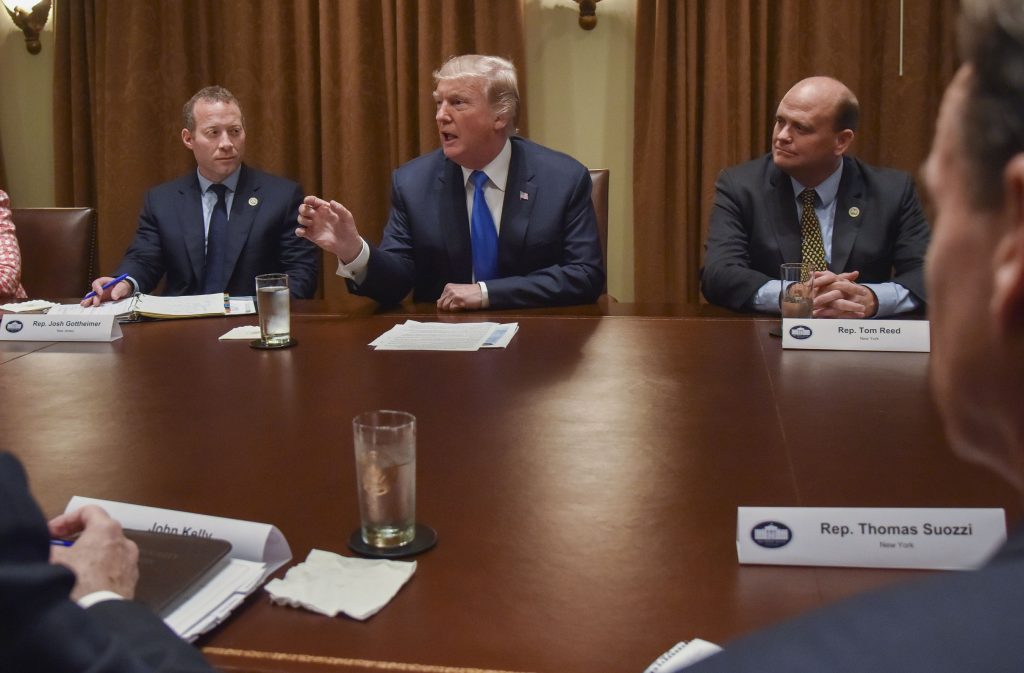 A Republican lawmaker said Wednesday he will vote for a set of House rule changes drafted by the incoming Democratic leadership — a rare move for what is typically a strict party-line vote and one that, he said, could mean “consequences” from the GOP leadership.

Rep. Tom Reed (R-N.Y.) said he was compelled to support the new rules after incoming House speaker Nancy Pelosi (D-Calif.) and fellow Democratic leaders made good on promises to include process changes he had pushed as co-chairman of the bipartisan Problem Solvers Caucus. Those provisions were aimed at opening up the legislative process to bipartisan compromise and dissuading hostage-taking behavior by the ideological fringes of both parties.

“This is a step in the right direction, and I want to show that it’s time for both sides of the aisle to set aside this partisanship and start working together,” Reed said Wednesday. “I’m glad to support them.”

Reed said he had qualms about some aspects of the proposed Democratic changes, such as a provision that would allow the House to intervene in a lawsuit challenging the constitutionality of the Affordable Care Act, but said he could support the full package as “a sign of good faith to appreciate the work that was done by the Democratic members of the Problem Solvers Caucus and Nancy Pelosi.”

Reed is the first member to cross the aisle on a House rules vote since 2001, when Rep. James Traficant Jr. (D-Ohio) voted for the GOP rules. (Some Republicans voted with Democrats on portions of the rules in 2007, when the package was broken up into six pieces, but no Republican that year voted for all six pieces.)

While saying he had been threatened with “consequences,” Reed declined to say who in the Republican leadership had delivered that threat or what it might have entailed.

“I won’t speak to that right now, because hopefully there is reconsideration of it,” he said. “But it is what it is, and I recognize that some people want to continue to play us-versus-them politics, but I came to Washington to change it, and I’m willing to put my voting card where my mouth is.”

Reed is a member of the House Ways and Means Committee, a highly coveted post that is typically reserved for loyal party followers. Aides to Rep. Kevin McCarthy (R-Calif.), the top Republican leader, did not respond to a request for comment on whether Reed or any other Republican voting for the Democratic rules should face retaliation.

Reed said Wednesday he might be joined by other Republicans, though other GOP members of the Problem Solvers Caucus did not respond to inquiries about their votes Wednesday.