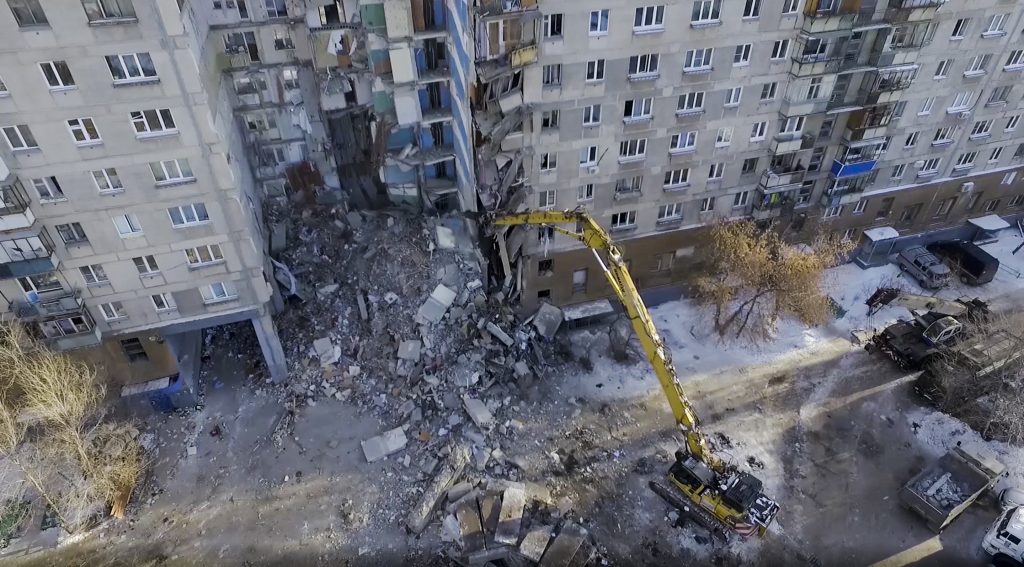 Search crews in Russia pulled more bodies Wednesday from a huge pile of rubble where part of an apartment building collapsed in the city of Magnitogorsk, bringing the known death toll to 33 and the number of missing residents down to eight as the grim recovery work continued for a third night.

An 11-month-old boy who brought a burst of hope when he was discovered alive Tuesday, nearly 36 hours after the collapse, was in serious but stable condition at a Moscow children’s hospital after traveling about 870 miles in a plane dispatched by the Russian Health Ministry.

The prospects of finding more people alive in the rubble appeared dim after two frigid nights in which temperatures fell to about minus-4 degrees Fahrenheit. However, a cat was pulled alive from the wreckage on Wednesday afternoon, about 60 hours after a section of the 10-story building collapsed.

The Monday pre-dawn disaster came after an explosion that officials say was likely caused by a gas leak.

A day of mourning was declared in the Chelyabinsk region that includes Magnitogorsk, and residents laid flowers and placed candles at the scene. Some Muscovites laid commemorative flowers at the entrance of the office for the regional government’s representative in the capital.