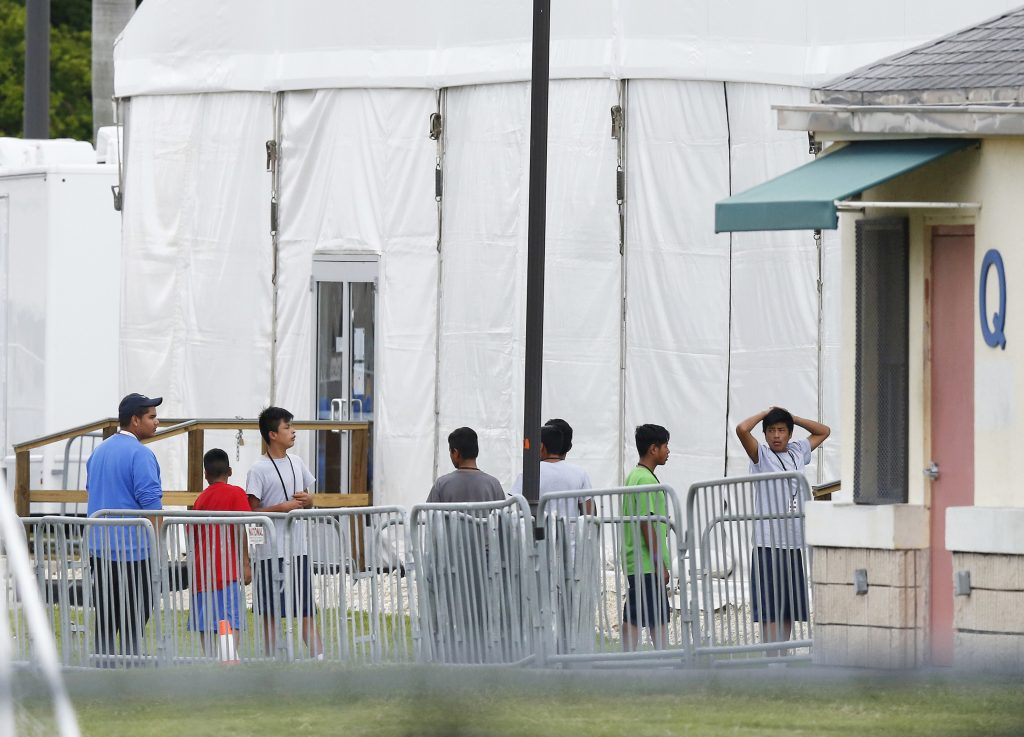 Some immigrant youth looking to start over in the United States after fleeing abusive homes are seeing their applications for green cards rejected because the Trump administration says they’re too old.

A U.S. government program in place since 1990 has let young immigrants subject to abuse, abandonment or neglect by a parent seek a court-appointed guardian and a green card to stay in the country.

While applicants must file paperwork before age 21, the Trump administration has said some are too old to qualify once they turn 18, prompting a flurry of denial notices over the past year in New York, Texas and California and additional questions of applicants in New Jersey.

Immigrant advocates have filed lawsuits in New York and California and said hundreds of young people could be affected by the change.

“This administration is literally going after some of the most vulnerable people trying to seek relief,” said Mary Tanagho Ross, an appellate staff attorney at Los Angeles-based Public Counsel’s immigrant rights project.

The Trump administration has been pushing to harden the U.S. border and slash immigration with a series of steps targeting Central American children who arrive on the border alone or with relatives. Former Attorney General Jeff Sessions sought to make it tougher for young immigrants fleeing gangs or domestic violence to win asylum — though some guidance he issued on such cases was recently blocked by a federal judge. And the U.S. government has been slower to release immigrant children caught on the border to family in the country.

The program is the best chance for many of the thousands of young immigrants arriving on the border to be allowed to stay in the U.S. Under U.S. law, they can apply for green cards once a designated court in the U.S. state where they live assigns them a guardian and declares they are eligible to apply.

A now 22-year-old woman in Northern California, who requested anonymity out of fear the U.S. government will retaliate against her for speaking out, fled her Mexican immigrant parents’ home in high school after her father repeatedly beat her.

She was taken in by a teacher, who helped her get started in college and took care of her when she was diagnosed with cancer. When a judge formally named the teacher her legal guardian it was a huge relief, she said. But she later learned the U.S. government wouldn’t accept the court’s order for her green card application. She dropped to the floor and sobbed, she said.

“I just couldn’t believe I was going to have to try to defend myself again,” she said. “I don’t refer to her by her name or that she’s my guardian — I just call her mom.”

More than 50,000 young immigrants have obtained green cards by qualifying for special immigrant juvenile status since 2010. The overwhelming majority of applications have been approved by U.S. Citizenship and Immigration Services, making the program a safer bet for many immigrant children seeking refuge in the United States than pleading a case before an immigration officer or judge for asylum.

Applications to the program have surged in recent years, rising more than three-fold between the 2014 and 2017 fiscal years, federal data shows. During that time, the number of denials also increased, with 2,000 applications rejected over the past two fiscal years — more than all of the previous seven years combined.

The U.S. government started reviewing applications at a centralized location in late 2016 to improve efficiency. The following year, U.S. Citizenship and Immigration Services sought legal guidance from the agency’s Office of Chief Counsel for cases involving immigrant children who turned 18 before their paperwork had been completed and determined that a state court order is only valid if that court has the authority to reunite children with their parents, which many don’t, according to agency officials.

As a result, 260 cases were denied, they said, adding that the agency may have previously approved some cases that it should not have.

USCIS officials said they could not comment on pending litigation.

“USCIS changed their policy and they changed their policy in a way that is arbitrary and capricious because it doesn’t comport with the federal statute” that says young people have until age 21, said Krause, who is representing young immigrants in the New York filing. “They’re getting it wrong.”

In California, a federal judge has blocked the U.S. government from denying the young immigrants’ cases for now. The state enacted a law several years ago expressly allowing probate courts to issue orders for immigrants who are between 18 and 21 so they can apply to participate in the federal program.

In response to the Trump administration’s changes, immigrant advocates said they are also changing how they try to help these young applicants. Often, attorneys are looking into alternative ways to get these youth on stable legal footing in the United States, for example, applying for asylum in addition to special immigrant juvenile status, said Priya Konings, deputy director of legal services at Kids in Need of Defense.

“It is just creating extra work for us — which is fine —but overburdening an already almost broken system,” Konings said. “It’s incredibly obvious that the administration is targeting immigrants at large, particularly unaccompanied minors, and they’re doing it on every front.”