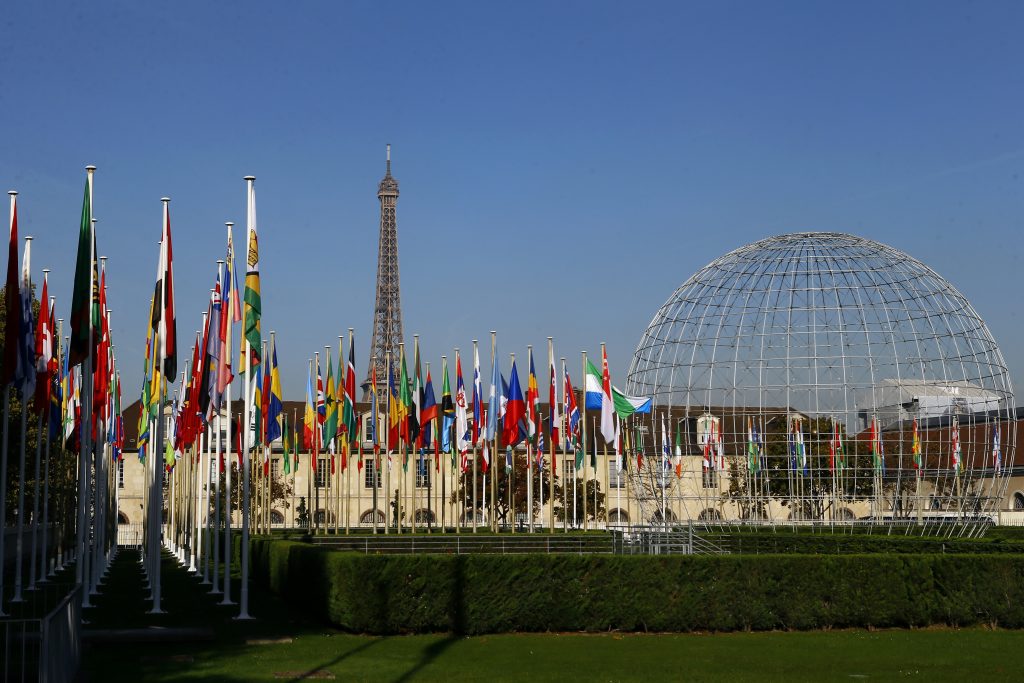 The United States and Israel officially quit the U.N.’s educational, scientific and cultural agency at the stroke of midnight, the culmination of a process triggered more than a year ago amid concerns that the organization fosters anti-Israel bias.

The withdrawal is mainly procedural yet serves a new blow to UNESCO, cofounded by the U.S. after World War II to foster peace.

“UNESCO is a body that continually rewrites history, including by erasing the Jewish connection to Jerusalem,” Israel’s U.N. Ambassador, Danny Danon, said Tuesday. “Israel will not be a member of an organization whose goal is to deliberately act against us, and that has become a tool manipulated by Israel’s enemies.”

The Paris-based organization has been denounced by its critics as a crucible for anti-Israel bias: blasted for criticizing Israel’s “occupation” of East Jerusalem, naming ancient Jewish sites as Palestinian “heritage sites” and granting full membership to Palestine in 2011.

The U.S. has demanded “fundamental reform” in the agency that is best known for its World Heritage program to protect cultural sites and traditions. UNESCO also works to improve education for girls, promote understanding of the Holocaust’s horrors, and defend media freedom.

The withdrawals will not greatly impact UNESCO financially, since it has been dealing with a funding slash ever since 2011 when both Israel and the U.S. stopped paying dues after Palestine was voted in as a member state. Since then officials estimate that the U.S. — which accounted for around 22 percent of the total budget — has accrued $600 million in unpaid dues, which was one of the reasons for President Donald Trump’s decision to withdraw. Israel owes an estimated $10 million.

UNESCO Director General Audrey Azoulay took up her post just after Trump announced the pullout. Azoulay, who has Jewish and Moroccan heritage, has presided over the launch of a Holocaust education website and the U.N.’s first educational guidelines on fighting anti-Semitism — initiatives that might be seen as responding to U.S. and Israeli concerns.

Officials say that many of the reasons the U.S. cited for withdrawal do not apply anymore, noting that since then, all 12 texts on the Middle East passed at UNESCO have been consensual among Israel and Arab member states.

In April 2018 Israel’s ambassador to UNESCO said the mood was “like a wedding” after member nations signed off on a rare compromise resolution on “Occupied Palestine,” and UNESCO diplomats hailed a possible breakthrough on longstanding Israeli-Arab tensions.

The document was still quite critical of Israel, however, and the efforts weren’t enough to encourage the U.S. and Israel to reconsider their decision to quit.

In recent years, Israel has been infuriated by repeated resolutions that ignore and diminish its historical connection to the Holy Land and that have named ancient Jewish sites as Palestinian heritage sites.

The State Department couldn’t comment because of the U.S. government shutdown. Earlier, the department told UNESCO officials that the U.S. intends to stay engaged at UNESCO as a nonmember “observer state” on “non-politicized” issues, including the protection of World Heritage sites, advocating for press freedoms and promoting scientific collaboration and education.

The U.S. could potentially seek that status during UNESCO Executive Board meetings in April.

The United States has pulled out of UNESCO before. The Reagan administration did so in 1984 because it viewed the agency as mismanaged, corrupt and used to advance Soviet interests. The U.S. rejoined in 2003.