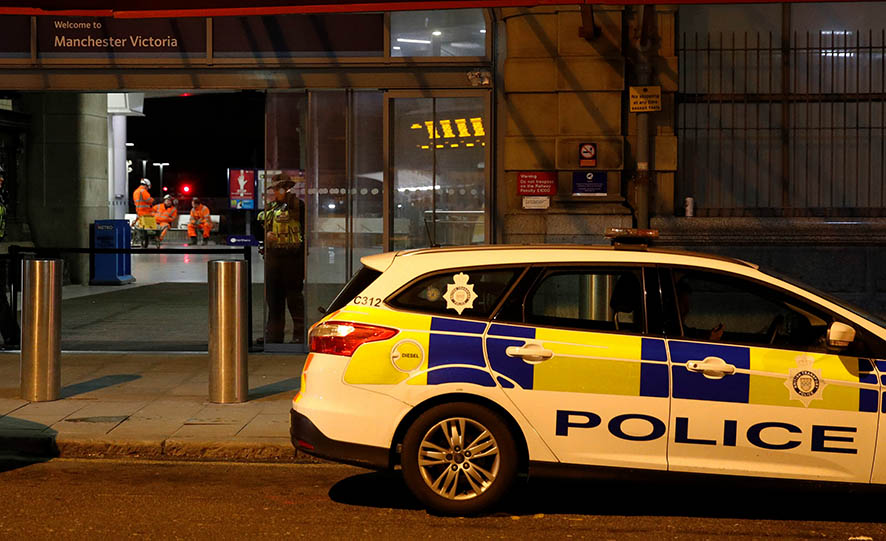 British counterterrorism police are investigating an attack by a man armed with a kitchen knife at Manchester Victoria train station that injured three people, including a police officer, on Monday night.

Greater Manchester Police said they were keeping an open mind about the motive, adding there was no intelligence to suggest a wider threat.

A witness, a BBC producer who was at the station, said the man was armed with a large knife who linked his actions to “bombings in other countries.” The suspect was arrested “within minutes,” police said, and was being questioned in custody.

Those injured, a woman and a man in their 50s, were in a serious but not life-threatening condition, police said. A male police officer in his 30s who sustained a stab wound to his shoulder was released from hospital early on Tuesday morning.

Police said they would step up their presence in the city where a suicide bomb attack in May 2017 killed 22 people.

“Tonight’s events will have understandably worried people but I need to stress that the incident is not ongoing, a man is in custody and there is currently no intelligence to suggest there is any wider threat at this time,” Assistant Chief Constable Rob Potts said in a statement.

Britain is on its second-highest threat level of severe, meaning an attack is considered highly likely. Security officials say they are facing record levels of work in countering Islamist terrorists as well as far-right extremists, after four major attacks last year.

Sam Clack, the BBC producer, told BBC Radio: “I heard the man say, ‘As long as you keep bombing these countries this is going to keep happening.’