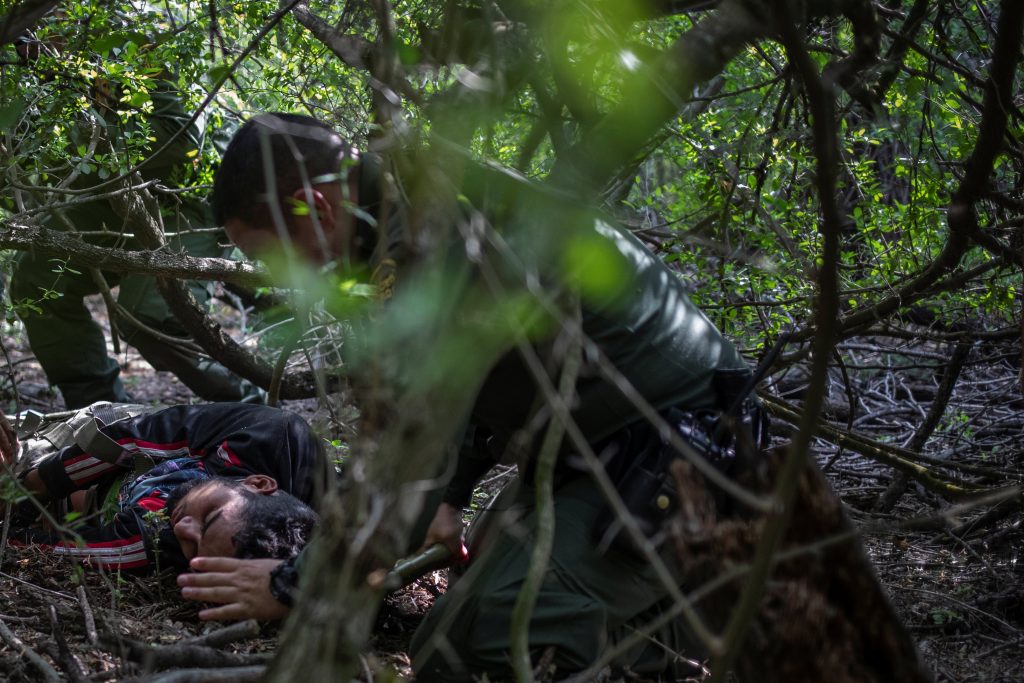 A growing number of families and children apprehended at the U.S. border with Mexico are requiring medical treatment after a rigorous journey north in very crowded conditions, the head of Border Patrol said Monday.

At the close of a month in which two young Guatemalan children died in federal custody, six children were among 17 migrants hospitalized with illnesses, said Kevin McAleenan, commissioner of Customs and Border Protection.

On a typical day, he said, 50 people are referred to medical providers for checkups and treatment, though one day alone the authorities sent more than 80 to be treated. In recent days, he said, two expectant women were rushed to hospitals immediately after they were taken into custody, as they were about to give birth.

Some of the illnesses that agents have been seeing on a recurring basis are typical winter diseases such as influenza. Some have been diagnosed with very serious problems, including pneumonia, tuberculosis, parasites and gastrointestinal illnesses.

“I’d say many were ill before they departed their homes,” McAleenan told reporters in a conference call to discuss the humanitarian situation at the border. “These are not things that develop urgently, in a matter of days.”

McAleenan called the situation at the border “an unprecedented crisis” caused by a sharp increase in the number of younger, sicker people who are crossing. The number of asylum cases has more than doubled, fueled largely by Central American families fleeing violence in their home countries.

A seven-year-old girl died Dec. 7 in CPB custody, apparently after going days without eating or drinking.

McAleenan agreed with her conclusion, blaming the growing numbers on route and transportation changes introduced by smugglers seizing on the desperation of families as chance to profit. The traditional 25-to-30-day cycle it takes for a migrant to go from Mexico’s southern border with Guatemala to its northern border with the United States has become much shorter. Some are arriving at the border in commercial buses that make the trip in five days, taking them to more remote areas.

The quicker trips may have encouraged more parents to bring children, who made up two thirds of the people apprehended in December. Their vulnerable age, plus the stress of an arduous journey during flu season as smugglers crowd them into buses and houses, have caused significant increases in the number who arrive very ill.

In the eight days from Dec. 22 through Sunday, according to CPB figures, 451 migrants were taken for medical care. More than half, 259 cases, were children, and half of those were under the age of five.

“Border Patrol stations built decades ago are not resourced to handle this crisis and are not the best facilities to house children with their parents for extended periods,” McAleenan said.

Border Patrol has come under heavy criticism over the deaths of two Guatemalan children. In the wake of the second death, Nielsen ordered that all children be given a medical screening after they are apprehended. McAleenan said the capability to provide medical support will be hampered if the government shutdown becomes lengthy.

McAleenan said no one has died in federal custody since the death of eight-year-old Felipe Gómez Alonzo.

U.S. foreign assistance to Central America has largely been directed to programs that seek to address the root causes of poverty and gang violence that are propelling so many people to flee. President Trump has tweeted he wants to cut off U.S. aid to these countries unless they do more to stop caravans of migrants from leaving.