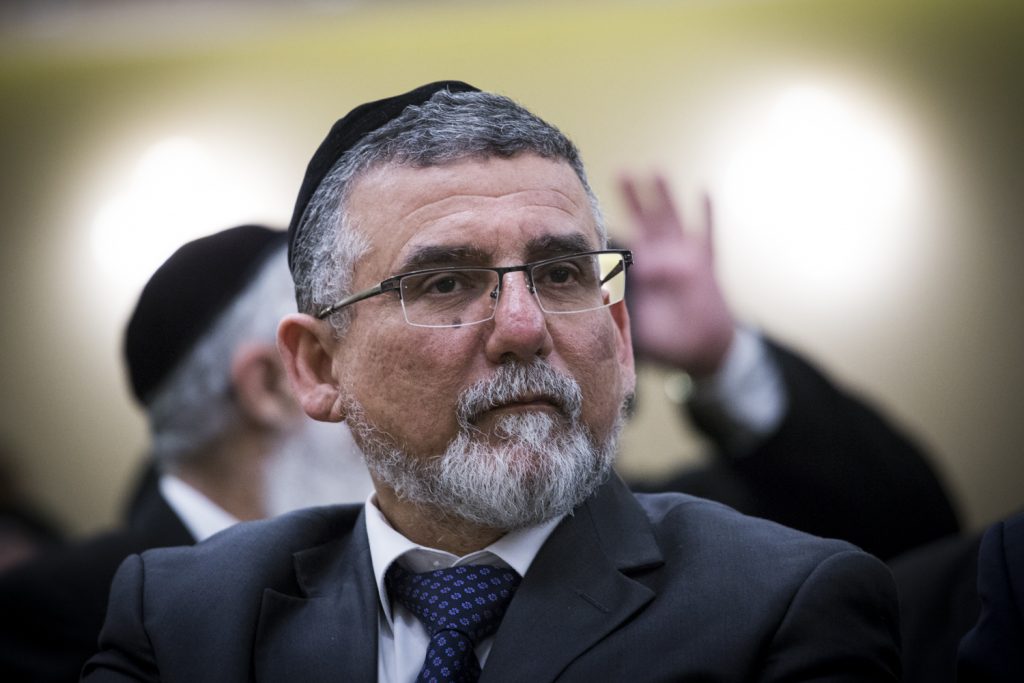 The Israeli government has approved the appointment of Shas MK Yitzhak Vaknin as Religious Affairs minister.

Vaknin takes over the portfolio after the death of Shas MK David Azulay, z”l, two months ago.

Vaknin has served on various committees in the Knesset. Most recently, in the now dissolved 20th Knesset, Vaknin was deputy speaker of the Knesset, chair of the Ethics Committee and the Subcommittee on Civil Aviation Infrastructure in Israel, and is a member of the Finance Committee, the Economic Affairs Committee, the Immigration, Absorption and Diaspora Committee, the Special Committee on Drug and Alcohol Abuse, and the Joint Committee for the Defense Budget. He also chairs the Agricultural Lobby and is a member of the Mizrachi Lobby and the Lobby for the Struggle Against the Delegitimization of the State of Israel.
Vaknin lives in Moshav Yaara in the Galil with his wife and five children.

In other governmental changes on Monday, MK Yoav Gallant was appointed Immigration Absorption minister. Gallant, a former Housing minister, left Kulanu to join Likud ahead of the April national elections.