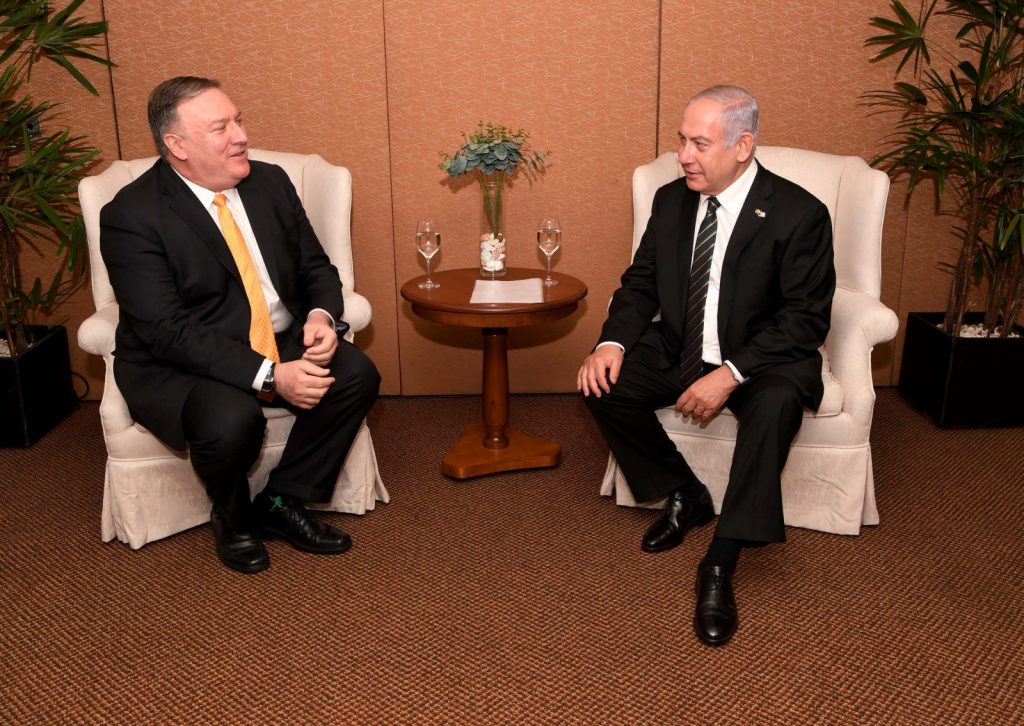 The United States and Israel vowed on Tuesday to continue cooperating over Syria and in countering Iran in the Middle East, even as President Donald Trump’s plans to withdraw U.S. troops from Syria.

Prime Minister Binyamin Netanyahu said before a meeting with U.S. Secretary of State Mike Pompeo in the Brazilian capital that he planned to discuss how to intensify intelligence and operations cooperation in Syria and elsewhere to block Iranian “aggression.”

In his first public comments on Trump’s decision, Pompeo said it “in no way changes anything that this administration is working on alongside Israel” and that campaigns to counter the Islamic State terror group and Iranian aggression would continue.